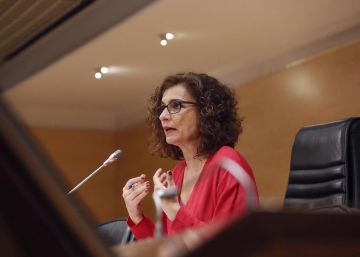 Start the machinery to approve the 2020 Budgets. The Council of Ministers plans to approve on Tuesday the new budget stability path for the period 2020-2023, which includes more flexible deficit and public debt targets, as well as the new macroeconomic chart on which will be prepared the project of General State Budgets (PGE) for this year.

It is also expected to give the green light to the limit of non-financial expenditure, known as the expenditure ceiling, which last year increased 4.4%, to 125,064 million euros and will have to be validated by Congress and the Senate as necessary steps for the preparation and presentation of the new public accounts.

The current budget stability path is still the one approved by the Government of Mariano Rajoy in 2017. He then set a deficit target for the State as a whole of 0.5% of GDP by 2020 and that budget balance be achieved (0% deficit) next year. These are unattainable goals for the current Executive because in the last two years he has hardly corrected the budgetary imbalance. The main houses of economic study calculate that the Public Administrations closed with red numbers of about 2.4% of GDP, the equivalent of about 28,000 million euros.

The Pedro Sánchez Executive projected in the budget plan sent to Brussels at the end of last year figures that pointed to a deficit of 1.7% this year and 0.4% in 2021, postponing budget stability for the year 2022.

The Government is in constant dialogue with Brussels regarding the forecasts and the new path of stability, pending the budgetary plan on which the European Commission will decide at the time.

After removing Spain from the excessive deficit procedure, Brussels demanded from the country a structural adjustment of 0.65% of GDP, equivalent to about 8,000 million euros, for the past year and the current one. Spanish accounts are currently controlled in the so-called arm preventive, in which, instead of the nominal deficit, structural efforts are taken into account. That is, those that are carried out without taking into account the contribution of the economic cycle.

Although the distribution of the new deficit targets by administrations is unknown for now, it is foreseeable that a greater margin will be granted, as has already happened with the autonomous communities and local entities.

Specifically, the Fiscal and Financial Policy Council (CPFF) approved last Friday the relaxation of deficit targets for the regions, establishing a deficit of 0.2% of GDP this year, 0.1% in 2021 and balance budget since 2022. The Treasury granted more margin in exchange for not returning the 2,500 million VAT pending in 2017.

With this path, the Government gives more flexibility for compliance, since the regional objective initially foreseen by the Sanchez Executive was of a deficit of one tenth of GDP this year, and that the regions achieved budgetary stability already next year. In fact, the path approved by the PP established budgetary balance for the autonomous communities already for the year 2020.

In the case of local entities, Montero, together with the Minister of Territorial Policy and Public Function, Carolina Darias, transferred a zero deficit target for the period at the meeting of the National Commission of Local Administration (CNAL), if well the municipalities already have a surplus of between four and five tenths.

Both for the communities and for the municipalities, the Treasury has proposed solutions to compensate for the outstanding VAT of 2017, which amounts to 2,500 million in the first case and that the EMFF amounts to 750 million in the second.

In this way, the Treasury will not take into account the effect of the VAT of 2017 to account for the public deficit of 2019 and will launch an extra FLA, while for the municipalities it has relaxed the spending rule by one tenth, until 2, 9 percent, and the impact of VAT will not be taken into account for the calculation of the expenditure standard. They may also qualify for an extraordinary loan.

For the State and Social Security Montero advanced on Friday that they will be required a greater effort than the regions, around “three and four steps.”

The Council of Ministers will update the macro chart. The current picture predicts that the Spanish economy will grow from 2% in 2019 to 1.8% this year, with a contribution of 1.6 percentage points of national demand and only two tenths of the external balance. In terms of employment, the unemployment rate is expected to fall to 12.3% in 2020.

Regarding public debt, the Government estimates that the public debt ratio could have concluded 2019 at 95.9% of GDP, and the goal of lowering it to 94.6% this year was set, although these figures could also relax on the new path

The process of the 2020 Budgets

Once the path has been approved with the new deficit and debt objectives and the limit of non-financial expenditure (expenditure ceiling), the Coalition Executive will have to take them to the Congress of Deputies and the Senate, where they must get enough support to Your approval. If it finally achieves support for the expenditure ceiling and the deficit and debt path, the Executive will present the 2020 PGE project.

The Coalition Executive will give way shortly to negotiations with the various groups to obtain sufficient support to approve the expenditure ceiling in Parliament and the rejection of 2018 in the Senate will not be repeated, with a view to the subsequent processing of the New budgets.

Google and Facebook dominate 70% of online advertising in Spain