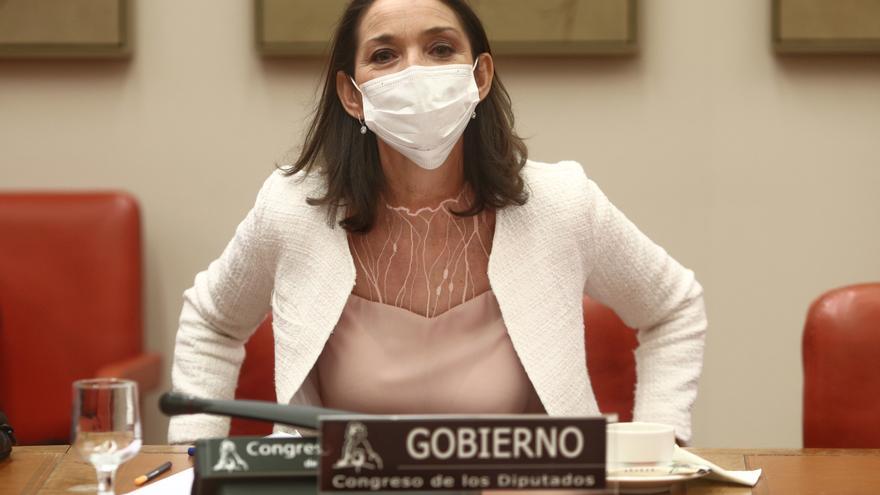 The Electrointensive Statute, a rule that the large electricity consumer industry has been waiting for months to lower the price differential that separates it in competitiveness with neighboring countries, will go to the Council of Ministers this Tuesday, as announced by the Minister of Industry, Reyes Maroto, in the ceremony of delivery of the Tintero and Secante awards of the Association of Economic Information Journalists (APIE).

“As of January 1, we can already have that necessary framework of certainty of the price of energy,” said the minister, who added that companies “already needed those certainties, that security not only to guarantee their productive capacities but above all also chart your investment projects “, reports Europa Press.

The measure, which has been announced for two years, seeks to lower the energy costs of this sector, which mainly affects large industries in the steel sector, other energy-intensive industries and to a lesser extent chemicals.

In February, shortly before the outbreak of the pandemic, the main measure of the Electrointensive Statute was announced as a big industry electricity bill bonus through a contribution of around 90 million from the General State Budgets to subsidize these companies up to 85% of their contribution to the so-called charges: the costs derived from the energy policy that cover the financing of the premiums for renewables and cogeneration of high efficiency and the extra cost of the extrapeninsular systems (the two archipelagos, Ceuta and Melilla).

The measure, considered insufficient by companies, added to the compensation for CO2 costs (172 million last year), would raise the support to these industries to more than 262 million.

The text was retouched after in 2019 the National Commission of Markets and Competition (CNMC) warned that some of the measures of the previous project could be considered by the European Commission (EC) as state aid and that the observations of the competition body be incorporated.

The objective of the Electrointensive Consumer Statute is to improve the competitiveness of industries with high electricity consumption, which have come to support differentials with their competitors in France and Germany of up to 20 euros / megawatt hour (MWh), although now the market prices Iberico de la Electricidad (Mibel) at times have been converging.

Another axis of measures contemplated by the Government is the implementation of a long-term power purchase agreement hedging mechanism (PPA, for its acronym in English) with renewable energy producers by the Spanish Export Credit Insurance Company (Cesce) through a fund and other guarantees. The creation of this mechanism, the Spanish Guarantee Reserve Fund, was approved in June and is endowed with a maximum of 600 million euros over a period of three years.

The fund guarantees State coverage for medium and long-term electricity purchase and sale operations carried out by consumers considered electrointensive.

The Ministry of Industry, Commerce and Tourism has estimated the number of potential beneficiaries at more than 600 and believes that 80% of these consumers could sign contracts of this type for ten years.

According to the General State Budget project (PGE) for 2021, the Spanish Reserve Fund for Guarantees of Electrointensive Entities (FERGEI), will be endowed with 200 million per year in its first three years of life to cover a maximum of the aforementioned 600 million of investment in that three-year period and, from the fourth year, its amount will be determined in the PGE.

The differential that the price that the Spanish industry pays for energy supposes has been one of the problems alleged by the electrointensive industry, which has seen the amount that the interruptibility industries contributed to it, an amount that they received at auctions for being willing to interrupt their consumption to guarantee the stability of the electrical system and, later, to act at a time when prices were skyrocketing in the market.

The high cost of prices that electrointensive industries bear has been alleged by groups, such as Alcoa from the United States, to justify their decisions to stop continuing to operate in Spain.