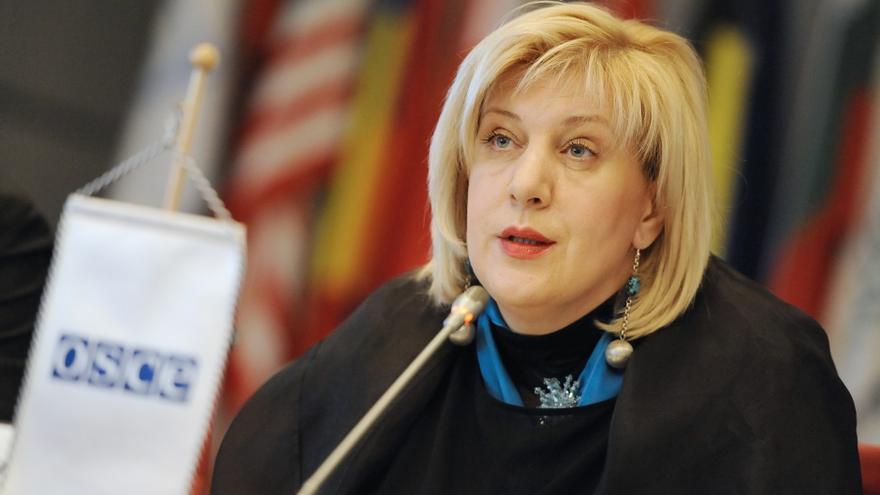 Reform the Penal Code to avoid convictions for freedom of expression, including those of artists. This is what the Minister of Justice, Juan Carlos Campo, the Commissioner for Human Rights of the Council of Europe, Dunja Mijatović, has requested in writing. In the letter of March 11, made public this Monday, Mijatović calls on the Spanish authorities “to comprehensively modify the Penal Code to strengthen the existing guarantees of the right to freedom of expression and facilitate the work of the Spanish courts in decision-making in full compliance with article 10 of the European Convention on Human Rights “.

Mijatović notes that “an increasing number of criminal convictions, including prison sentences, have been handed down to artists for their lyrics, and to social media activists for statements deemed offensive under various provisions of the Criminal Code, in particular on the glorification of terrorism and on slander and insults to the Crown “. Mijatović thus alludes, without mentioning them, to cases such as those of Pablo Hasel and Josep Valtònyc, among others.

In his response last Thursday and also known this Monday, the Spanish Minister of Justice, Juan Carlos Campo, recalls that on February 8, the Government announced a reform of the Penal Code: “Although the proposal that we want to present is still being subject to study and does not have a finished wording, we have announced the main aspects that we would like to review. In general terms, our purpose is, on the one hand, to define more clearly what is the conduct sanctioned in these crimes and, on the other, adjust the penalties to the seriousness of the conduct. We intend thereby to guarantee greater legal certainty and at the same time avoid the maligned discouragement effect that may occur on the exercise of a right as important as freedom of expression. ”

In her brief, the commissioner expresses her “concern about the lack of a clear definition of some of the notions enshrined in the provision on the glorification of terrorism and recalls the potential danger that the use, in antiterrorist legislation of insufficiently defined crimes, represents. they may lead to unnecessary or disproportionate restrictions on the right to freedom of expression. ”

Mijatović observes that “some decisions of the Spanish courts have failed to determine adequately whether the glorification of terrorism really entailed the risk of a real, concrete and imminent danger or whether they have interpreted the notion of intention of the perpetrators in an abstract way”. In this context, the commissioner reiterates that “antiterrorist legislation should only apply to content or activities that necessarily and directly imply the use or threat of violence with the intention of sowing fear and provoking terror.”

The minister assures: “The need for crimes that prohibit and punish the manifestation of expressions that injure or endanger individual or collective legal rights is not denied. The aim is to establish a balance between the right to freedom of expression and the protection of those legal assets, based on the conviction that the mere expression of opinions, no matter how hateful or despicable they may be, cannot be a crime “.

Regarding the provisions of the Penal Code that criminalize slander and insults to the crown, the commissioner “emphasizes that the possibilities of imposing restrictions on freedom of expression in the context of political debate are very limited, particularly when it comes to politicians , representatives of the authorities and other public figures “. Thus, Mijatović urges the authorities “to use the application of the relevant judgments of the European Court of Human Rights as a basis for fully harmonizing the Penal Code with the jurisprudence of the Court.”

Mijatović also calls on the Spanish authorities to “restrict the application of the provisions related to incitement to hatred to cases prohibited by international human rights law, that is, to expressions of hatred based on xenophobia, anti-Semitism and other forms of hatred based on intolerance that constitute incitement to discrimination, hostility or violence “. Finally, “it calls for the decriminalization of defamation and the crime of insults to religious sentiments to avoid its possible paralyzing effect on freedom of expression.”

For his part, the Spanish Minister of Justice ends his reply letter in this way: “I conclude by expressing my sympathy and that of the Government of which I am a part with the concerns that you show in your letter and my wish that we can move forward. a reform of these crimes that contributes to further improve the legitimate exercise of freedom of expression “.