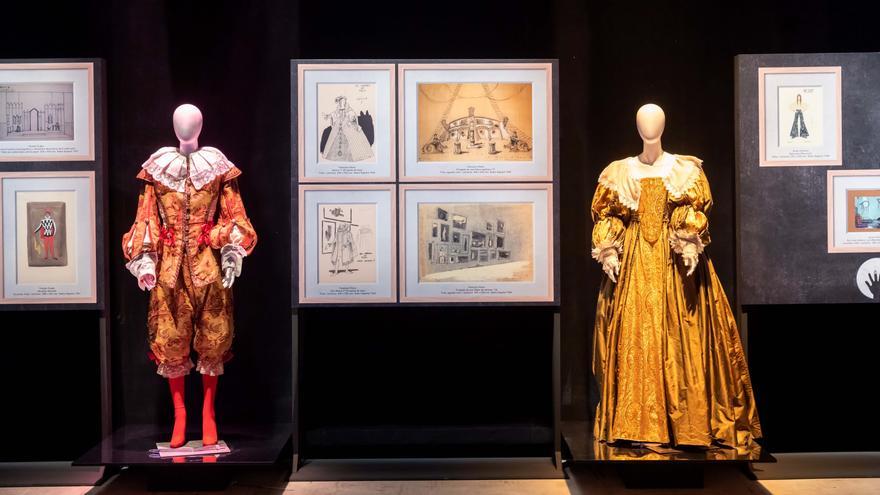 Madrid, Jun 17 (EFE) .- The costume designer Pedro Moreno shows the ins and outs of the theater in the artistic installation “De la mano” with which he pays homage to and makes visible the hidden part of the theatrical world through an immersive journey.

The 2015 National Theater Award winner, Pedro Moreno, considered a stylist poet, artisan and master of Spanish costume design, is the artistic director and curator of this installation, which will be on view starting tomorrow at the Naves de El Español in Matadero, which highlights “the value of the technical-creative hand”, points out the theater in a note.

“De la mano” is an immersive adventure about theater trades that take place behind the scenes and that are essential for any theatrical performance, but that usually have little or no public impact.

The installation proposes to the viewer a labyrinthine, transversal and sensory path of the theater, through trades such as tailoring, costumes, makeup, armory, utilities, scenography, lighting or sound, among others, and objects such as hats, masks or figurines that shape the theatrical event.

For Pedro Moreno “this is a proposal so that the public, who usually watch a show from an armchair in the theater room, go through the invisible fourth wall and discover that on the other side is the work of all those professionals (… ) that rarely appear on stage, but that nothing is possible without them “.

Moreno describes them as the “invisible hands” that send us the emotions imagined by the authors of the texts, he pointed out.

The tour is completed with a mural made by the artist Alfonso Álvarez Colmenar that translates 29 original drawings by Pedro Moreno to human scale.

The exhibition can be visited from Tuesday to Sunday until July 25.

This exhibition joins the “Models” exhibition within the Teatro de la Mano project, created to extol and spread the value of theater crafts.