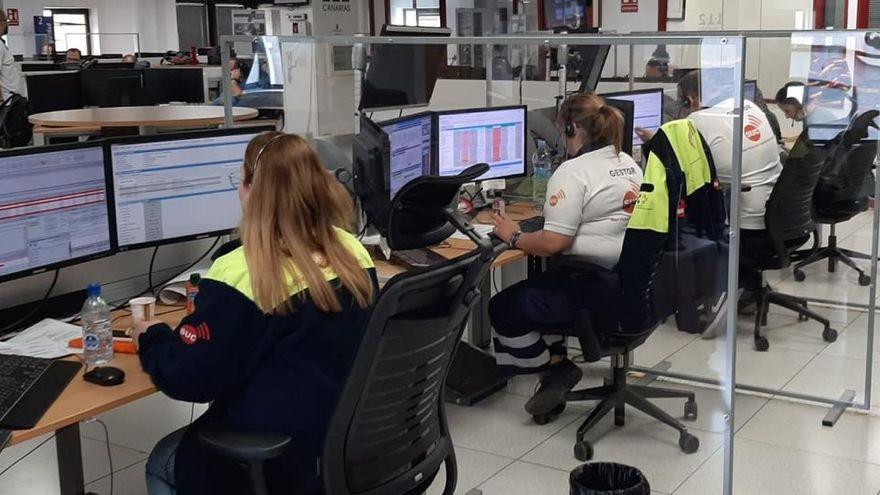 The phone 012 received 8,816,605 calls last year, which generated an expense of 12.5 million euros to the service that, although it registered a decrease in appointment requests for the SCS, reached more than 40,000 in the same day during the confinement by covid-19.

The total number of calls answered by 012 during the past year was 8,816,605, of which 4,571,073 were registered in the province of Santa Cruz de Tenerife and 4,245,532 in that of Las Palmas. Council of Public Administrations, Justice and Security it's a statement.

Although the volume of calls to request an appointment with the Canary Islands Health Service the number of calls to carry out all kinds of inquiries and procedures went down due to the greater restrictions, reaching more than 800,000 calls and more than 40,000 calls on the same day during the confinement period.

Since the declaration of the state of alarm, the citizen telephone service took care of level 1 of Line 900 112 061 Infocoronavirus for information and management of procedures related to covid-19 and other services originated by said situation, that answered a total of 548,852 calls.

Specifically, for coronavirus information and state of alarm, 386,994 calls were received; for the service management of procedures by telephone (Canarian Emergency Income and Rental Assistance), 144,764 calls, for COVID managers in educational centers, 5,397 calls; and for screening, 11,697 calls.

These contacts are characterized by greater complexity and duration than usual, in some cases due to the nature of the information and in others due to the fact that requests for help are processed through the telephone channel.

In addition, since March 2020, the psychological care service for citizens and health personnel and specialized care services for the management of procedures by telephone for the aid of the Canary Islands Emergency Entry and Covid rental.

Since the month of May, the requests for the Canary Islands Emergency Income and the Covid Rental Assistance were attended, which exceeded 144,000 calls with an average duration exceeding 10 minutes.

In addition, the process of transition to normality, starting in June, led to the establishment of a new Appointment Service for the Information and Citizen Services Offices and the Public Administration Registry Offices of the Autonomous Community of the Canary Islands. and a specific line was incorporated on the occasion of the resumption of school activity to attend to the Covid managers of the educational centers.

Of the total number of calls answered by 012 during the past year, 6,631,366 were related to the Prior Appointment Service of the Canary Health Service, whose provision was not interrupted by the declaration of the state of alarm and whose duration has doubled since March 2020.

Thus, before the declaration of the state of alarm the average duration of calls to request an appointment in health centers was 62 to 65 seconds and during the last months of 2020 the average duration increased to 1:30 minutes due to the epidemiological situation, which represents a change in the Call rate section in accordance with the contract with the company awarded the service.

In September, at the request of the Ministry of Education, a specific line was incorporated on the occasion of the resumption of school activity to serve the Covid Managers of the educational centers.

In addition to the new services, specific campaigns were launched such as the Covid Radar pilot in La Gomera, the Covid Seroprevalence campaign, the campaign for PCR Screening in the municipalities of Santa Cruz de Tenerife and La Laguna, campaign of blood donation for the Canarian Institute of Hemodonation and Hemotherapy and, already in December, the Screening Campaign for passengers from the rest of the national territory during the Christmas period.

The initial budget for the provision of the citizen service telephone service in 2020 amounted to 9,573,097.40 euros, while the expenditure at the end of the year was 12,597,550.76 euros, which represents 32% more than the initially planned, budgetary deviation that required a credit modification more than 3 million euros.

The budget for the year 2020 supposed a maximum monthly cost of 797,758.12 euros (IGIC included) but due to the increase in functionalities, services and duration of calls, the monthly billing registered significant changes, increasing in some months more than 50 %.

The deviation of the total billing of the year on the budget was 3,024,453.36 euros (32%) and the Ministry explains that the expense derived from this service is computed to the covid-19, so it is possible that on the part of the State assumes part of the cost.

This is explained by the general director of Modernization and Quality of Services of the Government of the Canary Islands, Alicia Álvarez, who recently held a working meeting with the CEO of the company awarded the 012 service (Contactel Teleservicios SA), Juan Ramírez, to evaluate the balance of the telephone service.

For Álvarez, attention to citizens is a vital and key objective and is a priority for the Government of the Canary Islands, more necessary, if possible, currently with the situation caused by the pandemic, where information and management from home is essential.

Likewise, it highlights the essential provision of 012 as the main telephone contact channel for citizens with the Public Administration.

In addition to incoming calls from users, the hotline service also organizes outbound call campaigns, such as the one carried out on March 14, when more than 2,000 calls were made in a single day to notify teaching staff about vaccination. of the covid-19.