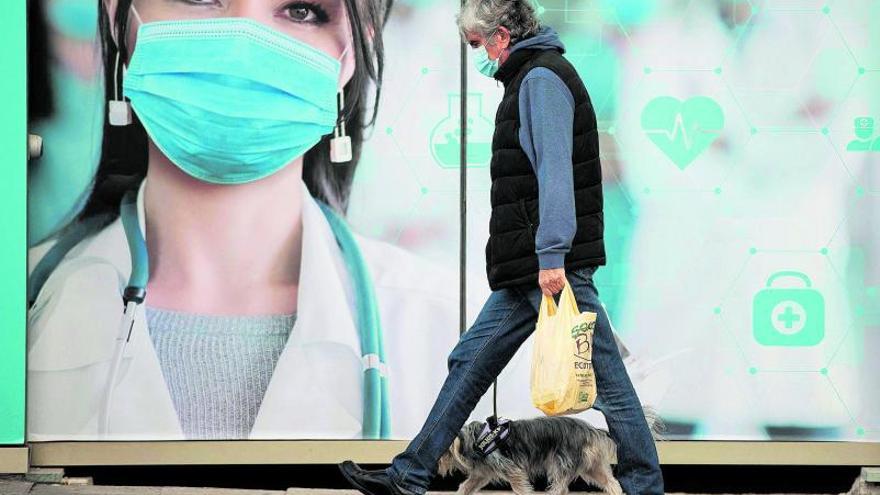 Tenerife has managed to reduce its curve even after entering a period as complicated as Christmas, in which the Tenerife society had to make more concessions than any other island. The people of Tenerife have not made it easy for the virus, so it seems to have decided to emigrate to the Islands where it had more court to spread. Much lighter restrictions were imposed on the rest of the Archipelago – with the exception of La Gomera – to pass this period. Meetings of up to ten people were allowed on the specified dates, no type of mobility restriction was imposed, large indoor spaces were allowed, mass events could be held with prior authorization, and the curfew began at midnight.

A few days after the busiest season of the year, the virus has taken a run and is spreading relentlessly through the province of Las Palmas. In addition, it is doing so at a much higher speed than that recorded in Tenerife in the weeks before the President of the Government of the Canary Islands, Ángel Víctor Torres, announced what have turned out to be the definitive measures to stop the advance of the virus in the island, on December 17.

In Tenerife, based on the indicators found in the weeks prior to that day, infections had grown at a rate of 33% in one week, while hospital admissions increased at a rate of 47.6% on the island in the last 14 days. This circumstance, together with a very bad base situation –with risk indicators situated at the average level for at least a month before– made Tenerife reach percentages of healthcare pressure that put its own hospital activity at risk.

Subsequently, this increase in hospitalizations has been reflected in a record number of deaths. December was, in this way, the month in which more deaths have been verified since the pandemic began, even more than in April, which until now held the record for deaths due to the consequences of Covid-19, and the most have been produced in Tenerife.

In Gran Canaria and Lanzarote there is no such basic situation. Since the end of September, the contagion curve has been completely stabilized and flattened throughout the province. However, the rebound of the coronavirus in these islands is being much faster than it was in December in Tenerife. In Gran Canaria, cases have grown by 42% in just one week, while hospitalizations have already increased by 55% in the last 14 days, going from having 75 people admitted to 115 yesterday.

Lanzarote, for its part, is experiencing a much greater and even more pronounced rebound than that experienced during the second wave in August. The new cases found have increased by 243% in one week, that is, they have tripled. With regard to hospitalizations, having verified a total of 17 admissions yesterday, the hospital pressure for Covid-19 patients has increased by 1,400%.

However, in both cases the starting situation is different, which, for example, allows Gran Canaria not to be experiencing such an unfavorable image despite the rapid increase. When Tenerife decided to impose the toughest restrictions, the incidence reached 131.8 cases per 100,000 inhabitants in seven days, the occupancy in the ICU exceeded 18% and 11% of Covid-19 patients occupied the acute beds of the hospital centers. Today, the incidence is 54% lower, having reduced to 59.2 cases per 100,000 inhabitants, close to the threshold of 50 cases that the Government of the Canary Islands and the Ministry of Health consider low risk. However, hospitalized patients are still above optimal thresholds and ICU occupation is still at high risk, with 19.5% of Covid-19 patients. For this reason, the Government of the Canary Islands is proposing to keep Tenerife on a red light for at least one more week, which would allow the indicators to improve much more before resuming normality on the island.

It should be remembered that in order to fall within one of the risk levels imposed by the Ministry of Health, the island must have at least 3 indicators at the corresponding level. In other words, if it has three indicators at high risk, the measures must be red traffic lights or level 3, while if it coincides that it has three at medium risk, the measures must be limited to level 2. Gran Canaria, for its part, Their situation has worsened, especially in the last week, despite the fact that the island had already had a curfew at 00.00 hours since December 23 and that meetings have been limited to 6 people. This has caused the cumulative incidence seven days later to reach 81.6 cases per 100,000 inhabitants, a figure even lower than that registered in Tenerife when it was decided to impose the perimeter closure, but which is similar to the figures that were found at the beginning of December, just before the virus broke into the Hogar Santa Rita macro-nursing home. With this incidence, Gran Canaria is at high risk of expansion of the coronavirus and is close to also surpassing the high risk in the incidence indicator at 14 days ahead, which stands at 144.7 cases per 100,000 inhabitants. The positivity of the diagnostic tests is 7.9%, which also exceeds the risk threshold, which becomes medium. ICU occupancy, meanwhile, is 10.22%, which is classified as high risk. The island, therefore, only has two of the eight indicators above the high risk level. Which is why the Government of the Canary Islands is still studying the island’s situation in detail to assess whether or not it should go from phase 2 to 3, that is, from a yellow traffic light to a red traffic light.

Lanzarote did not have a bad base situation either, but its circumstances have deteriorated very quickly, at a speed that has not been described in the Archipelago so far. The island’s four incidence indicators are at a very high risk level in just two weeks and at this time, their incidence, both seven days ahead and 14 days ahead, is the highest that any island has had since that the pandemic started. Lanzarote has 365.7 cases per 100,000 inhabitants within 14 days and 279.7 cases per 100,000 inhabitants within seven days. In fact, the capital of the island, Arrecife, is the fifth city in all of Spain where infections have grown the most. For this reason, the Government of the Canary Islands is clear about it, and today it will decree that the paradise of white houses goes directly to a red light, just four days after starting to live under the restrictions of the yellow traffic light.