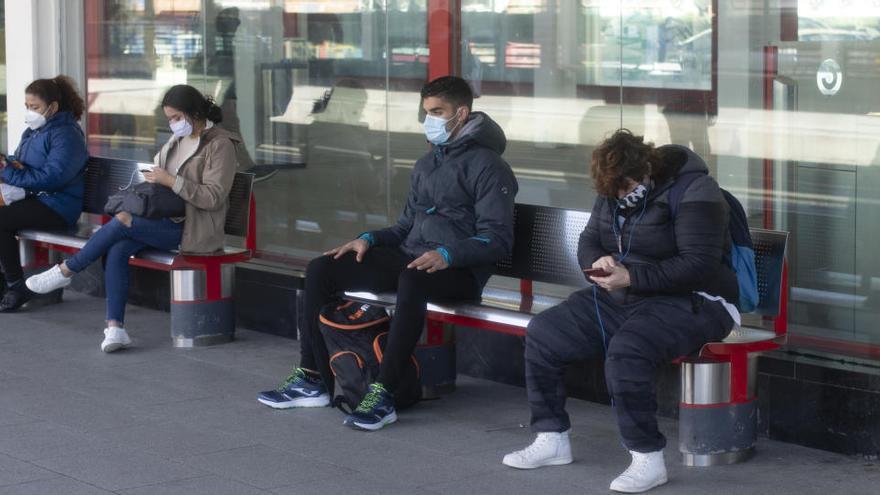 The demographic impact of the COVID-19 in Spain no It has only led to a 20% increase in deaths, but also a 4.2% drop in births, the migration brake and the loss of one year of life expectancy, according to the director of the Center for Demographic Studies (CED) of the UAB, Albert Esteve.

In statements to Efe, the demographer has predicted a period of negative population growth and has pointed out that the birth rate, mortality and migratory movements are the demographic indices most affected by the COVID-19.

According to Esteve, the epidemic has caused “an anticipation of deaths” of the next decade among the elderly, which, despite leading to a society with fewer elderly people, will not change the country’s aging dynamics.

In this line, he has added: “Spain, in the coming years, will experience an increase in older people As the ‘baby boom’ generations, who are now between 45 and 65 years old, reach the cusp of life, that will not be stopped by covid-19. ”

On the contrary, this situation has affected the increasing trend in life expectancy, which has fallen one year in the last 13 months, interrupting the increase in 2019, which the National Institute of Statistics (INE) it was 86.2 years in the case of women and 80.9 in men.

“We have lost a year of life expectancyThis is quite a lot because we normally earn between 2 and 3 months per year thanks to medical advances. Going back or losing 12 or 13 months in a single year is a disaster “, Esteve highlighted.

He has explained that, throughout history, only the demographic footprint of warfare is more noticeable than that of the pandemic.

“The excess mortality of 2020 is the result of comparing a bad year with a very good oneThis gives an increase of 20% in deaths, “said the expert, although he admitted that” he would not put his hand in the fire in which all the cases are well registered “, since the details of the deaths need to be published .

In the first half of 2020, between January and June, a total of 262,373 people died in Spain, while in the same period of the previous year 219,350 died, which gives, according to the INE, an increase of 19.6% and represents According to Esteve, the most prominent mortality rate since the Civil war.

The data are even more convincing in terms of mortality in the community of Madrid, where in the first six months of 2020 the number of deaths increased by 64.3% compared to the first half of 2019, in Castilla-La Mancha it grew by 46.2% and in Catalonia by 31.8%.

“In 2021 there could be even fewer births than expected and it could be a much smaller generation than we expect; fewer and fewer children are being born, and something that is clear that will happen in the coming years is that the weight of older people will increase” , Esteve has predicted.

Although there are still no exact data on the decrease in the number of births, the 60.8% drop in marriages in the first half of 2020 compared to the same period in 2019 allows us to predict the situation.

This figure from the INE, according to the demographer, is a indicator of the fall in the birth rate by assuming a change of plans in committed people.

“We have a bad omen, this break that COVID-19 has imposed on us is occurring in societies that already have children very late and have difficulties conceiving at late ages, I do not augur well for births,” he warned Esteve.

The Migratory movements, which are a factor in the rejuvenation of populations, have also fallen by 28.9% compared to 2019.

For Esteve, the drop in migration together with the cost of controlling the pandemic contributes to stressing public services: “There is a debt that will strain the coffers of the public administration for years to come“.

A future that, for the demographer, will improve “to the extent that Spain and the rest of the European countries reprimand economic activity.”

“These are countries that will continue to receive immigrants, it will recover relatively soon if the economy recovers and if they reopen mobility,” he predicted.