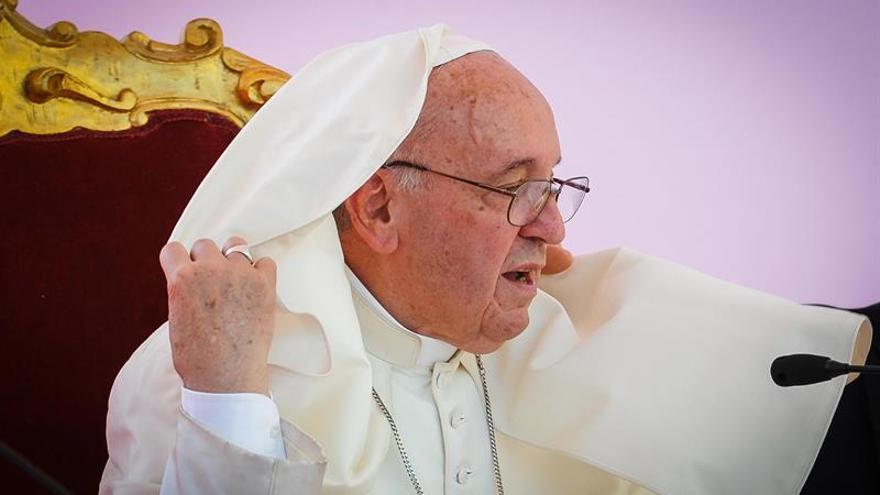 “We will not be able to emerge from this crisis the same as before. It is in our power to emerge better or worse. This will be the axis of the new encyclical of Pope Francis, the third of his pontificate, which will see the light on October 4 and which will address the construction of the post-coronavirus global society. The working title could be ‘We are all brothers’.

The date chosen, in the absence of confirmation, is not chosen at random. On that day the Church celebrates the feast of Saint Francis of Assisi, the ‘father’ of ecology and human brotherhood, and precisely the theme of Bergoglio’s encyclical will be ‘Human Brotherhood’.

A text that, according to what elDiario.es has learned, Francisco has been writing during the confinement, and whose guide lines have seen the light in the four general audiences that he has delivered throughout these Wednesdays in August, in which he has denounced social inequality and the widening gap between rich and poor, also in times of pandemic.

Leave no one behind

What is the world that awaits us after the first global pandemic of the third millennium? Should we change the rules of an economy that, as Francisco stressed, “is sick”? Will there be a vaccine for everyone, or only for the powerful? Is it possible to leave no one behind? What are the keys to an authentic human fraternity in the world of the 21st century? These will be some of the keys to the papal text, the third written in his own hand during this pontificate, after Lumen Fidei (2013, signed by him although left half by his predecessor, Benedict XVI) and Laudato Si ‘(2015), the first’ green ‘encyclical in the history of the Church and which has marked the first part of Francis’ pontificate.

The new writing will become the pillar of the second part of his papacy, and for it he has had the advice of social and religious leaders from all over the world, in the line of the Document on Human Fraternity for World Peace and Coexistence signed on February 4, 2019 in Abu Dhabi with the great imam of Al-Azhar.

Days before the publication of the new encyclical, on September 15, the Pope will participate, with a video message, in the United Nations Assembly, in which he will outline some details of the new text, which will also address the ‘other pandemics’ that Francis has already denounced on several occasions, and that will continue to be present after the end of this crisis: hunger, inequality, the drama of refugees and war. In this sense, the Pope is expected to include in the text the request for a global ceasefire.

The unofficial announcement of the new encyclical came from the hand of the Bishop of Rietti, Dominico Pompili, who at a press conference noted that “it is rumored that the Pope himself will soon publish an encyclical on the subject of human brotherhood.” The Holy See has neither confirmed nor denied the publication of the papal text.