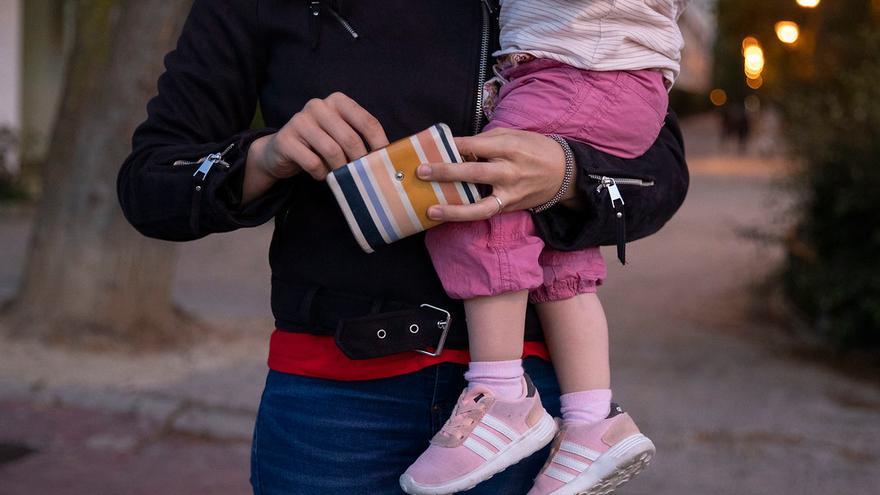 Child poverty will multiply this year in Spain due to the economic and social crisis that the coronavirus pandemic has already left behind. According to Save the Children alert, if no measures are taken, it will climb to 33.3%, seven points more than the current 26.8%, according to the projection that has been prepared and reflected in the report Childhood in reconstruction. There are 660,847 more boys and girls, which will mean that one in three minors in our country will be poor. “They have not especially suffered from the virus, but they may be the main of the social and economic consequences of COVID-19,” said Andrés Conde, director general of the NGO during the presentation of the study.

By type of household, the most affected will be single parents, headed mainly by women, whose poverty rate will increase by three points to reach 47.9%. To arrive at these figures, Save the Children has used the INE Living Conditions Survey (2018), which has adjusted to the changes predicted for this year both in terms of demographics and unemployment and employment rate forecasts. And the conclusion is that “without the appropriate measures, the big losers of this crisis will be boys and girls,” says the report. The calculation does not include the effect that the Minimum Vital Income (IMV) may have, since it is a recent measure that “is difficult to make calculations” towards the end of the year.

But, in addition, he warns that this policy, which “undoubtedly represents a great step”, celebrates the organization, has a limited scope to face situations that are not of extreme poverty: according to his calculations, it will reach more than Half of the households with children who are in a situation of severe poverty, the most acute, specifically 65.1%, but it will remain in 30.1% in the event that they suffer moderate poverty. (The first implies being below the poverty risk threshold, which is set at 60% of median income; and the severe, below 40%). The IMV remains, therefore, explains the report, “far from covering all people in poverty.” Furthermore, according to their estimate, the severe poverty rate will not vary considerably either (a reduction of 0.3 points for households without children and 0.5 with them).

The main reason is that the amount associated with this benefit “is not enough to remove a household from severe poverty.” While the threshold in Spain stands at 5,913 euros per year, the IMV benefit for a person’s home is 5,538 euros. “This is a close figure, but slightly below this threshold, which explains why poverty rates hardly change,” the organization concludes. This does not mean, he continues, that the living conditions of vulnerable households will not improve, in fact, among people who are in severe poverty, there will be “an increase in higher income levels and a significant decrease in the number from lower income households. ”

In this scenario, Save the Children celebrates the social measures that the Government has approved during these months to alleviate the consequences of the coronavirus, but regrets that “they have lacked a childhood perspective” and calls for a greater effort with temporary and other permanent policies. Among other things, it demands an improvement in the Minimum Life Income, so that the access threshold corresponds to the poverty threshold in our country and at the same time maintain the dependent child benefit for those minors who are not covered by the IMV. , since after its approval “the survival of this benefit remains in the air”.

In the area of ​​conciliation, it claims a benefit that is complemented by reductions in hours for care, which aims to alleviate the closing of schools, including in summer, and is activated in the event that there are possible regrowths that require taking restrictive measures. It also demands that the aid to infant feeding be expanded, in line with what some autonomous communities already do, which cover all the beneficiaries of the dining room scholarships. In territories such as the Community of Madrid, however, this has not been the case.

Save the Children also focuses on education and calls for the launch of summer educational programs, prioritizing free access to vulnerable families and educational reinforcement programs during the next academic year, as well as the temporary reduction of the ratios in the classrooms. On the other hand, she asks that there be a rebound of the virus starting in September, prioritizing in-person assistance to centers for boys and girls who are experiencing greater academic difficulties, in order to avoid a “new drop” in the educational system .