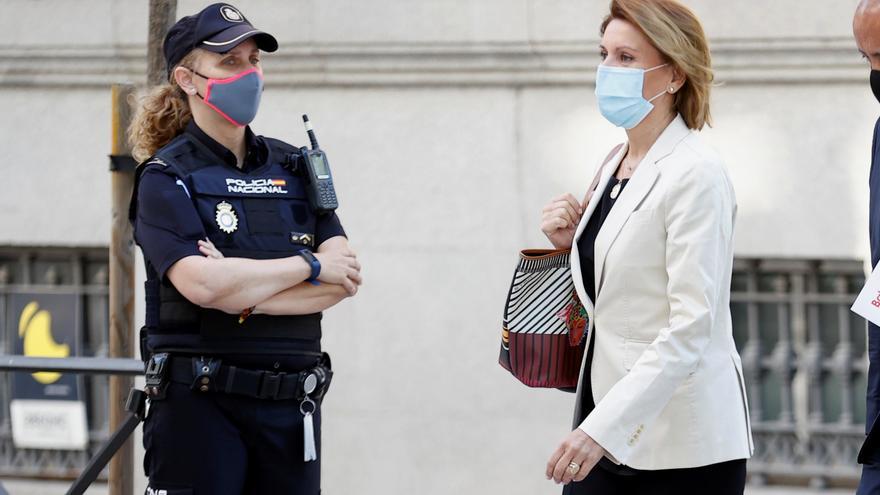 The former secretary general of the PP had to modify during her statement as a defendant in the Kitchen case her statement that being the number two of the party in the Government and president of Castilla-La Mancha, she took time to meet at least four times with Commissioner Villarejo, without knowing that he was a curator, to have "social conversations."

When Judge Manuel García-Castellón reminds her that, according to her, they spoke of an alleged espionage to the Popular Party, among other issues, she assumes that this may not be a "social conversation" and adds that, in any case, she is not He made no "professional assignment" to him.

For his part, the businessman Ignacio López del Hierro, Cospedal's husband, assured the judge that he did not have the capacity to commission Villarejo, since he is not even a member of the PP. Thus, he assured that in the meeting he held with his wife and the policeman at the Genoa noble floor in July 2009, at the height of the Gürtel case, he fired him asking if he would be willing to do "specific jobs" as a form of courtesy , since Villarejo said that he was not active.

López del Hierro confesses that he has known the commissioner since the 1990s and that he only heard about the driver, Sergio Ríos, after the espionage of Bárcenas and "mainly" in the media.

Tags: [I] did, charge, conversations, Cospedal, not, professional, Social, Villarejo, you