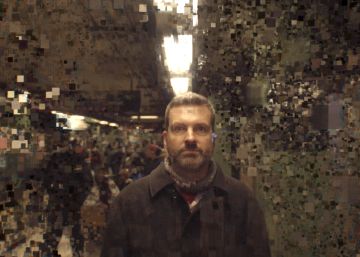 During his years as a clandestine agent of the PCE in Franco's Spain, the moment in which he was closest to being discovered, Jorge Semprún said, was shortly after arriving, in a bar where the usual ones discussed the Saeta Rubia. He asked who they meant and there was silence. He managed to get out of the way, but he understood then that, if he wanted to move forward under the alias of Federico Sánchez and not give himself away, it was essential to know the nickname of Alfredo Di Stefano, and be very up-to-date on football. He did not feel that rubbing in the stadium with the gerifaltes of the regime entailed excessive risk; the real danger was not being able to continue the conversation, asking something obvious to reveal that he was an infiltrator, a newly landed stranger.

Beyond football, following the public conversation has had and has a lot to do with television, and even if you are not an infiltrated agent it is always suspicious to show ignorance about what everyone comments and knows. We are human and sociable with a desire for inclusion. But today, except for those series that change in phenomena without borders, what is really complicated in an environment of on-demand viewings, multiple platforms and endless billboard, is to determine what the conversation is. Removing the news, it seems that almost no one sees anything at once, we are late, delayed, so rather than exchanging opinions about something known to everyone, you choose to give and ask for recommendations. It has gone from criticism to prescription.

Returning to the common territory, that is, to the news and the headlines comes Brexit with the documentary on Netflix Nothing is private on the role of Cambridge Analytica in the result of the referendum. More hybrids and provocateurs are the monologues than the newspaper The guardian commissioned five playwrights, the Brexit Shorts. Penelope Wilton plays an abandoned woman, Europe, in Abi Morgan's. The five most real and moving minutes on the subject.