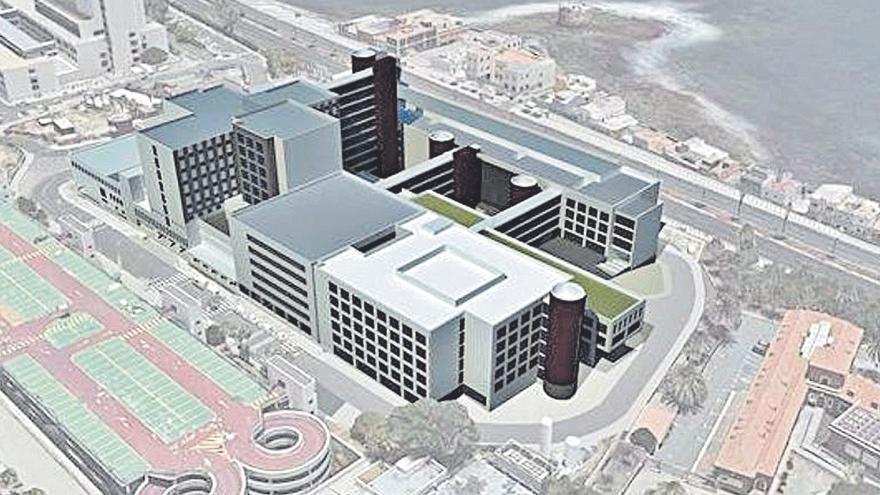 Based on the words of the person in charge of the Gran Canaria complex, in the course of this year we have been working on the drafting of the project, which was awarded in December 2018 through a public tender, with a bidding fee of 443,300 euros. The heads of the services involved and various associations of oncohematological patients have participated in its preparation.

“The project has two parts: architecture and facilities. The first was completed earlier this year. And the second, which has been more complicated, has been working for all these months and it only needs to be delivered. In this way, when the project is put out to tender next year, the first phase of the work will be able to be executed with a budget of just over two million euros ”, indicated the managing director. “We will meet with the associations before the end of the year to inform them of the progress,” he added later.

Thus, in this first stage, a structure located at the southern end of the plot occupied by the hospital will be demolished and which, right now, is occupied by the maintenance service. From then on the first foundations will be laid. “In the following years, the items will go out to complete the works and ensure that the construction is completed as soon as possible,” said María Alejandra Torres.

The building -with six heights and two levels below ground- contemplates an investment of 30 million euros by the Canary Islands Health Service (SCS) and will allow the Maternal to gain more than 13,000 square meters of extension. “When we have all the information and we review the phasing, we will be able to foresee the time that the construction of this tower will entail,” he added.

The distribution matches the initial forecasts. The two underground plants will be occupied by maintenance and waste management services. Likewise, floor 0 -at street level- will concentrate the Child Admission and Rehabilitation areas- which will be moved from the Juan Carlos I Hospital-. In addition, there will be four floors dedicated to hospitalization, including the Pediatric Oncohematology Unit and the surgical specialties -Ophthalmology, Maxillofacial, Traumatology, Plastic and Pediatric Surgery and Otorhinolaryngology-. The last level will go to the Neonatology Service.

“It must be taken into account that, thanks to the renovation of the old building, it will be possible to create a short internment unit for Child and Adolescent Psychiatry, the facilities to house the Breast Pathology Unit and other administrative areas and non-healthcare work”, specified Torrres .

It should be noted that, as previously announced, the Child and Youth Psychiatry brief hospitalization area will be consolidated as a newly created space and will have nine beds, distributed in four double rooms, and one for individual use. It will also have three consultations for individualized therapies, a group psychotherapy room and a dining room. Currently, this group receives treatment on the fourth floor of the Maternal.

The construction of this tower responds to a healthcare demand from the patients themselves and a commitment to optimizing healthcare. “El Materno has a very old structure and the availability of spaces is very limited. This new construction will undoubtedly contribute to improving customer service. In this sense, patient associations have played a fundamental role, as they have provided very important suggestions and have had a very active participation in the development of the project ”, the professional valued. “At the time of undertaking the successive phases”, he continued, “we will continue working together and we will inform them of the whole development”.

Following this line, the manager of the reference complex in the southern area of ​​Gran Canaria highlighted that the creation of the block will represent a great advance for Canarian health, since the care that pediatric patients will receive will go hand in hand with the highest standards of quality. “Through this initiative, we will not only modernize our facilities, we will also continue to promote the humanization of assistance in one of the most vulnerable population groups,” stated María Alejandra Torres.