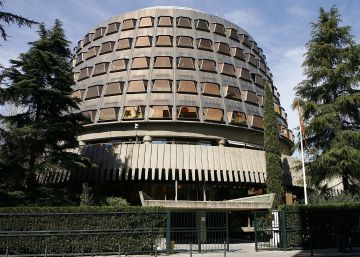 He constitutional Court has endorsed the termination of an employment contract for objective reasons if there are justified absences even if they are intermittent. The sentence, which has three individual votes, responds to a question of unconstitutionality presented by a Social Court of Barcelona with respect to article 52 of the Workers' Statute.

This article establishes that an employment contract may be terminated due to lack of assistance to work, still justified but intermittent, that reaches 20% of working hours in two consecutive months, provided that the total absence of assistance in the previous twelve months reaches 5% of working hours or 25% in four discontinuous months within a 12 month period.

This question of unconstitutionality was raised after a worker was fired from her job for objective reasons under the provisions of the article of the Workers' Statute cited above, since, according to the company, the worker was absent nine business days from the forty available in two continuous months, exceeding the 20% established in the Workers Statute. In addition, the letter of dismissal also stated that the absences in the previous twelve months reached 5% of working days.

The employee filed a lawsuit requesting that the dismissal be declared void for violation of human rights and argued that article 52 of the Workers' Statute entailed an "obvious threat of coercion towards the sick worker by deterring him from remaining in a situation of temporary disability for fear of being fired. "

For the Constitutional Court, a certain business action related to the worker's sick leave could only be considered when there was a relevant risk that the injury could occur, that is, when a serious and certain danger to the health of the affected person is generated. . However, the sentence indicates that "this circumstance is not warned to concur in the assumption of the rule in question."

"It is difficult to find a direct connection between the right to physical integrity and the performance of an entrepreneur who, under the legal provision in question, dismisses a worker because of the number of times in a given period of time he has missed work for being suffering from a short-term illness, "he explains.

In addition, remember that you should not forget that the cause of dismissal was not the mere fact of being sick, but the intermittent repetition of the number of absences from work attendance, justified or not, that have taken place in a certain period of time.

For the TC, article 52 section d of the Workers' Statute "does not create a serious and certain danger to the health of workers affected by the extinction decision that under their protection can be taken by the employer, paying the corresponding compensation."

In fact, he believes that the decision to dismiss workers for overcoming a number of intermittent work absences in a certain period of time "does not imply an action that could affect the health or recovery of the affected worker nor can it be adopted in the case of serious or long-term illnesses ".