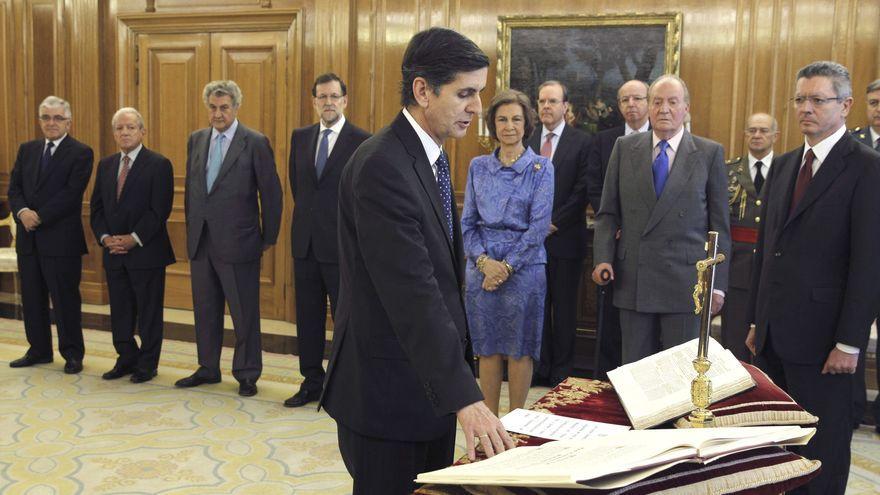 The Constitutional Court maintains that the Government should have used the state of exception to stop the pandemic, and thereby adopt measures that imply “a radical or extreme limitation” of fundamental rights. The court’s arguments, to which elDiario.es has had access, reject the state of alarm, the guarantee formula that the Executive chose and that did not require prior authorization from Congress, because they consider that the exception was more justified due to that produced not a “limitation”, but a “de facto emptying” of some rights.

In the arguments on which the sentence will be based, which will be announced in a few days, Judge Pedro González-Trevijano, author of the presentation that was approved last Wednesday by six votes to five, indicates that the state of exception it is justified because the situation caused by the pandemic altered the constitutional order to such an extent that it legitimized the state of exception. The five judges who opposed have announced individual votes against the sentence, which have not yet been made public.

“When the severity and extent of the epidemic make it impossible to exercise normal rights, they impede the normal functioning of democratic institutions; they saturate the health services (to the point of fear for their ability to face the crisis) and they do not allow normal activities or activities to be maintained. educational nor those of almost any other nature, it is difficult to argue that constitutional public order is not affected; and its serious alteration could legitimize the declaration of a state of emergency. Another thing would imply accepting the failure of the rule of law, bound and incapable of find an answer to situations of such gravity “.

The conclusion reached by the court is that the situation that produced the COVID-19 pandemic “would have justified the declaration of a state of exception” and with it, “even the adoption of measures that imply a radical or extreme limitation” of fundamental rights.

The ruling reviews the rights affected by the state of alarm and concludes that some of them were totally suspended, and not just limited, as argued by the Government. Thus, they consider, for example, that the home confinement adopted by the Executive of Pedro Sánchez was done outside the Constitution.

The court considers that the state of alarm raised freedom of movement as a right to exercise only with some exceptions, conditioned, it says, “by its purpose (” only … for the performance “of certain more or less valued activities) and their circumstances (“individually”, again with exceptions) “.

“Thus a restriction of this right is configured, which is, at the same time, general in terms of its recipients, and of the highest intensity in terms of its content,” argues the court on the specific precept that required home confinement except for exceptions.

“The provision does not delimit a right to circulate freely in a minor area (personal, spatial, temporal), but rather suspends it to radice, in a generalized way, for all” persons “, and by any means. The individual faculty to circulate “freely” thus ceases to exist, and can only be justified when the circumstances expressly provided for in the royal decree concur. In this way, any person may be forced to justify their presence on any public road, and could be sanctioned as long as the justification does not conforms to the provisions of the Royal Decree “.

The court continues by stating that “it seems difficult to deny that a norm that prohibits the circulation of all people, anywhere and at any time, except in cases expressly considered as justified, supposes a de facto emptying or, if you will, a suspension of the right, proscribed as it has been reiterated already in the state of alarm “.

The arguments that González-Trevijano developed to convince the rest of the magistrates affirm that suspending some fundamental rights with the state of alarm carries the risk that the “very notion of suspension” is left to the interpretation of the Government, without the prior authorization of Congress, , which would cause the Executive to limit fundamental rights “in a generalized way and with a very high intensity, through the simple expedient of affirming (unilaterally, without the possibility of prior parliamentary debate and authorization, or of ordinary jurisdictional control) its merely restrictive nature, and not suspensive “.

The Constitutional Court also considers that the limitation of circulation caused “the material amputation of the possibility of holding private meetings for family or friendship reasons, even in the domestic sphere.”

The magistrates do admit that the ultimate goal of the limitation of circulation was “the preservation, defense and restoration of life and health, both individual and public. Both constitutional assets were at extreme risk as a result of the rapid and growing expansion in Spain of a pandemic on a world scale, caused by a virus whose origin, transmission, treatment and ultimate effects were almost entirely unknown. ”