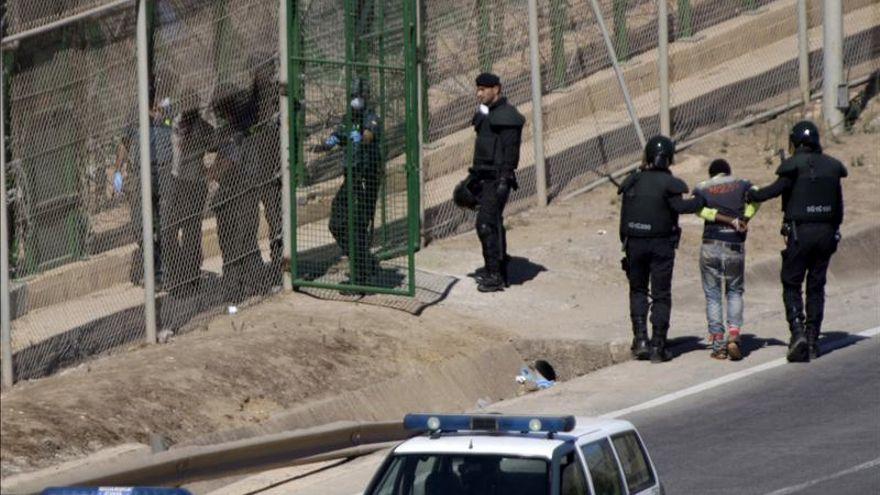 The Constitutional Court has endorsed the hot returns of migrants in Ceuta and Melilla, regulated in the Citizen Security Law since 2015. The High Court has endorsed some of the arguments with which Strasbourg protected these practices in February and protects their expulsion. of people without following an individualized procedure. “The special regime for Ceuta and Melilla for the rejection of foreigners who try to enter illegally at the border, is in accordance with the doctrine of the European Court of Human Rights,” says the ruling, which clarifies that the security forces will have to “pay special attention to especially vulnerable people “, such as minors, pregnant women or the elderly.

To argue its support for these practices, condemned by various international organizations, the Constitutional Court relies on the ruling of the European Court of Human Rights (ECHR) last February. The European doctrine, they state, maintains that “the rejection at the border is a material action of a coercive nature, which aims to immediately restore the legality violated by the attempt by foreigners to cross that specific land border irregularly.”

In this sense, they point out, these immediate returns will be constitutional “without prejudice to the judicial control that should be carried out by virtue of the actions and resources that the foreign person brings, in each specific case.”

According to the Court, the rejection “must be carried out with the guarantees recognized for foreign persons by the international norms, agreements and treaties ratified by Spain, and the procedures for legal entry into Spanish territory must be real and effective.” The only limit it establishes points to police action with respect to migrants with a “vulnerable” profile, such as minors, pregnant women or the elderly.

The Constitutional ruling comes nine months after the ruling of the Grand Chamber of the European Court of Human Rights (ECHR), whose endorsement of hot returns has ended up influencing the decision of the High Court, despite the fact that hundreds of jurists had reminded the magistrates that they had no “obligation” to “make their own” the arguments of the European Court, since it is limited to marking the “minimum guarantees” in human rights.

In February, the Grand Chamber surprised with a resolution that gave a 180º turn to the condemnation of Spain for hot returns, ruled unanimously by the ECHR magistrates. After being appealed by the Spanish Government, Strasbourg finally endorsed the hot returns at the Spanish border. The European Court concluded that the complainant migrants “put themselves in a situation of illegality by deliberately trying to enter Spain through the Melilla fence” and “took advantage of being a large group and the use of force.”

The European Convention on Human Rights requires an individualized study of each case prior to expulsion. Although the ECtHR recognized that this personal analysis was not complied with in the analyzed case, “it could be attributed to the fact that the applicants had not used the existing official entry procedures for that purpose, and that, therefore, [la devolución] it had been a consequence of his own conduct. ”

According to the European ruling, in Spanish legislation there are “several possible means” of entering the country through the regular route, something denied by the United Nations High Commissioner for Reggae (Acnur) and specialized NGOs, which denounce the obstacles to those that sub-Saharan people face to access these rooms and the difficulty of reaching Spain through legal and safe channels.

In 2015, when the Government of Mariano Rajoy regularized the figure of “rejection at the border” in Ceuta and Melilla through an additional provision of the Citizen Security Law, Pedro Sánchez positioned himself in the front line of battle against the norm. The PSOE, along with other parliamentary groups, presented the appeal of unconstitutionality that the High Court has resolved today. Its endorsement of these practices has been marked by the sentence that Strasbourg issued in response to the appeal of the Socialist Government, which used the same arguments as the Popular Party to protect the hot returns.

The interpretation of the Strasbourg ruling by the Constitutional Court supports the thesis defended by the current Minister of the Interior to justify his actions on the barbed wire of Ceuta and Melilla. In February, Fernando Grande-Marlaska stated that the ECHR ruling stated that “violence is a limit to the exercise of fundamental rights.”

“These are the two guidelines established by the sentence: not to endorse the violence; and that Spain has sufficient mechanisms at the border to assist requests from people seeking international protection,” remarked the Minister of the Interior in his first assessment of the ruling of Strasbourg. Grande-Marlaska’s position on hot returns sparked the first conflict within the coalition government. The second vice president, Pablo Iglesias, then warned that this type of expulsion “cannot occur.” “This government has a policy on migration that is going to be respectful of human rights. It is a consensus that hot returns are not respectful of human rights,” he said.