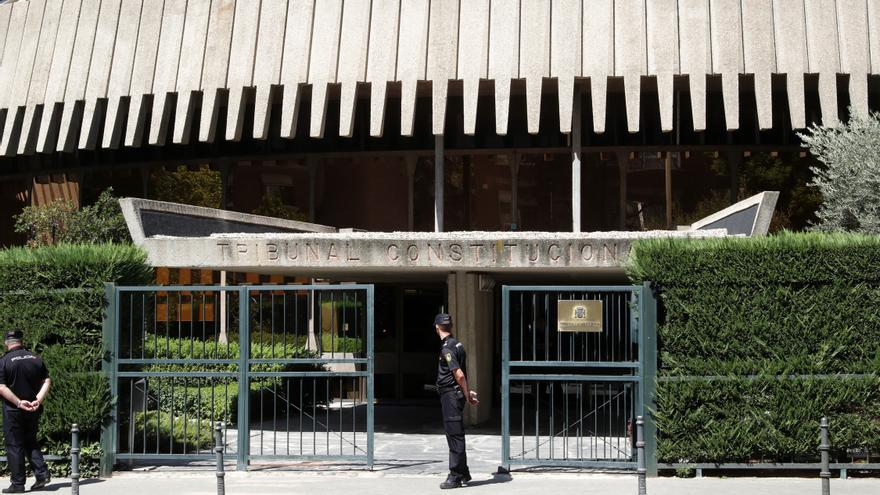 The judgment and the particular votes of the Constitutional Court on the second state of alarm They show, for the third time in just a few months, the deep divisions that the plenary session is going through when it comes to analyzing the legal framework of the measures taken by the Government in the pandemic. Most magistrates understand that Congress gave up when it comes to controlling the Government during this second state of alarm, while up to four individual votes endorse the Executive’s solution to the biggest legal headache of the pandemic: delegating the modulation of some restrictions to the autonomous communities.

The rulings of the Constitutional Court and its jurisprudence indicate the interpretation that the courts make of the laws and even mark the laws that the authorities implement. In that sense, three judgments and more than a dozen individual votes leave the agreement on the management of an unprecedented pandemic far behind. Within the court of guarantees, some understand that these guidelines for the future are unclear and are poorly adapted to the reality of a health crisis of this magnitude.

In this third case, the magistrates have also studied a resource from the far-right Vox party, although without the same success as other times. The Constitutional Court, for example, has decided to endorse some measures such as the night curfew, the limitation to meetings of non-cohabitants or in places of worship and the perimeter closures of autonomous communities. In this case, the plenary session understands, the fundamental rights of the Spanish were limited but not suspended and were, therefore, “necessary, proportionate and adequate” measures.

Nor do they see a problem in which the Government decided to extend the second state of alarm for half a year. That, says the majority of the plenary when rejecting the arguments of Vox, did not violate their political rights. But they point to the lower house itself when they say that “it is not its duration, by itself and without further ado, that deserves constitutional censure, but rather the unreasonable or unfounded nature of the decision that established such a term.” For the majority of the plenary session, Congress “automatically made the one proposed by the Government its own” and, furthermore, because by delegating to the autonomous communities “it thus disposed of its exclusive constitutional responsibility to reform or not” the measures or their conditions.

When they debated the first alarm state, the magistrates focused their discussion on whether fundamental rights such as mobility had been suspended or only limited by confinement. They concluded that they had been de facto suspended and that the umbrella of a state of alarm was not enough: the Government should have resorted to a state of emergency. Even then, there were up to five dissenting judges’ individual votes pointing in the same direction: these rights were not effectively suspended as there were exceptions that, for example, allowed leaving home, and in any case these measures must be examined within the framework of an unprecedented pandemic.

The debate was reproduced when the court of guarantees had to examine whether the suspension of congressional terms during the worst of the first wave had severed Vox’s political rights. Most of them understood that yes and that the Government could have opted for other measures, while the dissenters had the same idea: the measure was proportional and necessary, the far-right deputies had numerous channels to exercise their control over the Government and, they recalled, the own Constitutional suspended plenary sessions and terms to avoid contagion between magistrates.

The reproach has reappeared in this third sentence, which the Constitutional Court has brought forward again divided with six votes in favor and four against. In addition to censuring the six-month extension, it declares unconstitutional the solution proposed by the Government to make the imposition of restrictions possible: delegate to the autonomous communities. The ability to advance the curfew or to further restrict the meetings of non-cohabitants without going through the hands of the lower house, they say, left Congress “private first, and then lost its power, neither suppressible nor waivable, to supervise and supervise the actions of the governmental authorities during the extension “.

The control regime was “canceled”, says the majority of the plenary session. Just as in the first state of alarm, the Spanish right to mobility was “suspended” and in the same way that the political rights of the Vox deputies, according to the Constitutional Court, were curtailed. The dissenting votes show, however, that the court of guarantees has been unable to reach a consensus in the three cases with particularly strong arguments regarding the second state of alarm.

One of the particular votes is signed by the president of the Constitutional Court, the conservative Juan José González Rivas. A 16-page brief that sets out five conclusions and that first assures that the six-month extension was a “reasonable” duration. The president, who will soon be renewed and replaced, also denies that Congress was deprived of its oversight instruments and that, furthermore, it was a “mere delegation, maintaining the proper controls of the delegating authority that was the Government and that it could revoke in any moment”. The regulatory framework proposed by the Government and accepted by Congress, ends, offered “sufficient certainty.”

In a similar sense, it is pronounced Candido Conde-Pumpido. The former attorney general assures that this decentralized management of the restrictions “does not mean the disempowerment of the Congress of Deputies, nor an alleged abandonment or omission in the exercise of the control functions that are its own.” For Conde-Pumpido, Congress was able to continue exercising control over all these measures and delegate to regional executives. Furthermore, “it is proper to the functioning of our autonomous state.” María Luisa Balaguer, for her part, slides that the ruling of her colleagues does not respect the margin of action of the Congress. It assures that: “the autonomy of the Chamber should, on the other hand, be respected when it decides with what degree of intensity and through what formula it will intervene in the monitoring of the declaration of the state of emergency, and not assume that it is carrying out a self-restriction of functions of scope unconstitutional”.

Balaguer understands that the ruling of the Constitutional Court even considers the “political opportunity” of the action of Congress when defining the second state of alarm. The magistrate assures that “the respect to the margin that the Constitution offers to Congress, without expressly defining a time limit, demanded from the constitutional jurisdiction in this case a self-containment that has not occurred, approaching the judgment made to an inadequate assessment of political opportunity “. His colleagues, he criticizes once again, turn to “originalist and highly formalistic assessments, leaving the measures adopted without legal coverage, with a high degree of consensus among the different authorities and powers involved.” This, says Balaguer, “calls into question the capacity of the Court itself to assume its position – and the intrinsic limits of its interpretive powers – and its own positive obligations as an integral and fundamental part of the State that it is.”

A criticism also launched by the fourth dissenting magistrate, Juan Antonio Xiol, pointing to the lack of capacity of the current Constitutional Court to look beyond the four walls of Domenico Scarlatti street in Madrid. It raises “a call for attention to the excessively self-referential nature that in my opinion the arguments of the Constitutional Court usually have” and quotes Wittgenstein and Rousseau to warn of the “risk of creating their own language” and “of isolation from the legal community which has an active role in the interpretation of constitutional statements “.