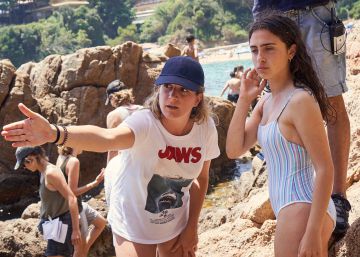 Last Saturday, when picking up his last Goya, Pedro Almodóvar asked for more support for the riskiest cinema, that of independent directors and producers struggling to carry out different and less commercial projects. On the previous red carpet, at the request of EL PAÍS, other directors had made the same request. Even the actor and director Edu Casanova, who made his first feature, Skins (2017), without assistance, and preparing the following, Pity, He was blunt: “Our movies need public money.” The aid granted by the Ministry of Culture and Sport to cinematographic production approached – all summed up – to 40 million euros in 2018. In comparison, Germany distributed 150 million euros; in Italy a parliamentary agreement prevents the fund from lowering 400 million, and in France it exceeds 700 million euros.

If the situation seems precarious, in the smallest cinema, made outside the umbrella of the large private audiovisual conglomerates, live to the limit. In 2018, in the selective aid that goes to these works, 8,576,600 euros were given and in 2019, 8,460,900 euros to 41 productions, including fiction, animation, documentary and experimental films. “It is clear that, for two years, selective aid has had more weight than they had in previous years,” says Beatriz Navas, director of the ICAA since the Rotterdam festival (Institute of Cinematography and Audiovisual Arts), the body in charge of regulating the cinema in the Ministry. “The purpose of these grants is to support projects of independent producers with a special cinematographic, cultural or social value. Until now they had less money allocated, for an approach that should be reviewed, since a budget limit was established for the films that competed in these grants. of 1.8 million euros. He condemns them to be small productions and limits them. “

There is one of its main problems, as María Zamora, leader of the part dedicated to the production of the film company Avalon, also emphasizes. In the last three years, the films that have received more points in the calls for these grants belong to Avalon: in 2017 it was The days to come, by Carlos Marques-Marcet; in 2018, Freedomby Clara Roquet, which is currently in the assembly phase, and in 2019 Alcarràs, the second feature film by Carla Simón (Summer 1993), which reached 89.44 points out of 100 in the evaluation of the project. To that call, 253 applications for 200 projects were submitted, and 47 titles were granted. “We prepare the presentations a lot, and all our projects have a guaranteed television and distribution,” says Zamora. “Alcarràs It is larger than Summer 1993, but the selective ones do not let us grow. We receive the maximum possible, something we appreciate [475.000 euros], and we resort to international co-production to be able to save the problem of this bigger budget. “The producer