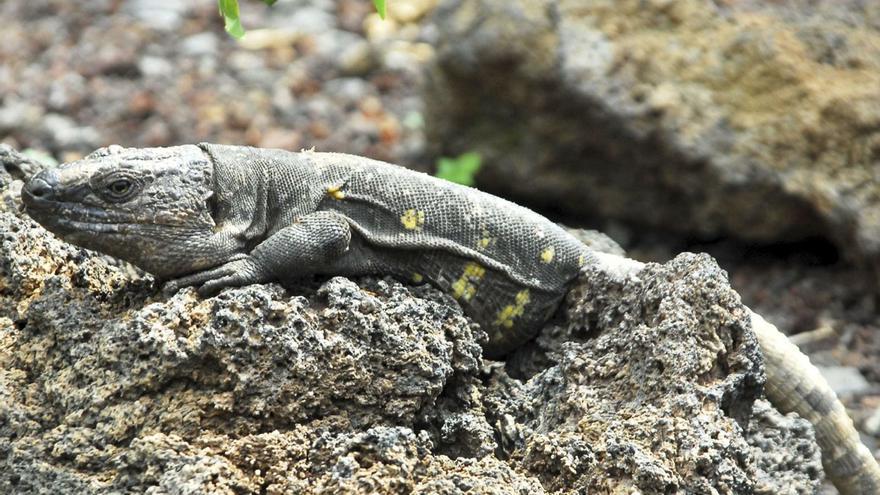 Many of the conservation actions of endemisms in the Canary Islands have been failing because until now the relationships and services that certain animals perform for these endangered species have not been taken into account. As the experts point out, that emphasize that the important work carried out by seed dispersers (lizards, birds and other mammals) for the ecosystems of Canary Islandsare being threatened by climate change, the arrival of exotic species and the fragmentation of the environment.

Conservation programs such as the one carried out to recover the giant lizard of El Hierro or the peak of El Sauzal, are examples of great efforts that, however, have not yielded the expected results. This happens, in the eyes of the ecologist of the Institute of Natural Products and Agrobiology of the Higher Council for Scientific Research (CSIC), Alfredo Valido, because "their relationships with the rest of the ecosystem have not been taken into account and especially with the dispersers of seeds or their pollinators.

The importance of ecosystem relationships has been highlighted by a group of international scientists in the latest issue of the journal Science. In it, the researchers have highlighted the delicate situation that the world's flora is going through because birds and mammals from all over the world have lost the ability to spread plant seeds over long distances. Today the animals that carry out this important biological function for ecosystems do so much less than in the past, specifically 60% less.

It should be taken into account that about half of the plant species in the world depend on the existence of specific animals that can disperse their seeds. In this mutualistic relationship, known as zoochory, both win, since the animals receive a nutritious reward in the form of fruit and the seeds of the plant are transferred to another place, so that they can remain alive and be competitive. If this work is left undone, they also lose both.

"It is the only way for the seeds to expand beyond their natural shade," highlights the biologist and director of the Institute of Natural Products and Agrobiology of the Higher Council for Scientific Research (CSIC), Manuel Nogales. The authors of the original work developed machine learning models to predict changes in seed dispersal due to declines in seed-spreading animals.

There are several studies that have delved into this type of ecosystem relationships and their importance. One of them is the one carried out by a research team from the Doñana Biological Station, which found a significant reduction in frugivorous birds in this protected natural area in the last 40 years, which has led to a "disruption of the dispersion of seeds", as explained by its researchers, who fear a future collapse of the environment.

On a smaller scale, this is what happens in many of the conservation policies that have been carried out in the Canary Islands, especially with plant species, which fail miserably for not taking this link into account. "There are hundreds of examples in which species are replanted in various places, but then they do not last or do not develop fruit, despite extreme care and protection," explains Valido. This happens, in the eyes of these scientists "because they are unable to reproduce because they do not have the support of their seed dispersers." The peak of El Sauzal (Lotus maculatus) is an example of this. When the species was perceived to be endangered, attempts were made to repopulate a dozen new sites along the north coast of Tenerife. However, and despite the fact that they have been under the best care – with continuous irrigation and protection – “they have not lasted”, says Valido. Regarding the giant lizard of El Hierro, Valido considers that if its ecosystem function were also recovered, the species could be better recovered and, above all, set free.

The problem with seed dispersers is widespread worldwide and occurs as a result of the disconnection of habitats, which is mainly induced by the anthropization of the environment or changes in the migratory cycles of some birds as a result of climate change. Behind it there is only one responsible: the human being. "You can no longer fly from one place to another as it was done in the past," emphasizes Alfredo Valido. This causes the “ecosystem service” to come to a screeching halt. According to the study –which has focused only on the species of plant with fleshy fruit and the frugivorous animals that spread it– the loss of biodiversity of birds and mammals has caused a 60% decrease in the spread of seeds on a global scale.

"This has very worrying connotations, because the ecosystems are close to collapse," says Manuel Nogales. Valido agrees with this analysis, insisting that the entire process described by international researchers "is what happens before the species becomes extinct." For several decades now, conservation researchers have been looking at mutualistic relationships in ecosystems, concluding that they are much more important than previously thought. «In the 90s a great debate was opened on this and it was dismissed. Since then, the evidence indicating that ecosystem services are a fundamental piece for the conservation of species has not stopped growing, ”says Valido.

For this reason, according to the researchers, this study is so important. Well, it not only shows how these relationships are deteriorating, but also their importance in conservation. “We have always been concerned about the extinction of species, but we should have realized that before that happens, the extinction of services occurs.”

Climate change is only aggravating this situation. If these plant species cannot cope with changes in temperature where they are found, plant biodiversity will also decrease. This loss of flora will affect humanity in many ways. On the one hand, it will increase the detriment of the soil, on the other, the loss of species can lead to the loss of such important resources for humanity as the primary ingredients of some drugs.

The study published in Science highlights, for its part, the need to restore the faunas to guarantee effective diffusion in the face of the rapid advance of climate change. For researchers, there is still time to stop this damage that ecosystems are suffering. On a global scale, the solution is unique: that the countries agree to curb CO2 emissions. At the local level, governments must commit to modernizing conservation actions, in order to also protect these key interactions.