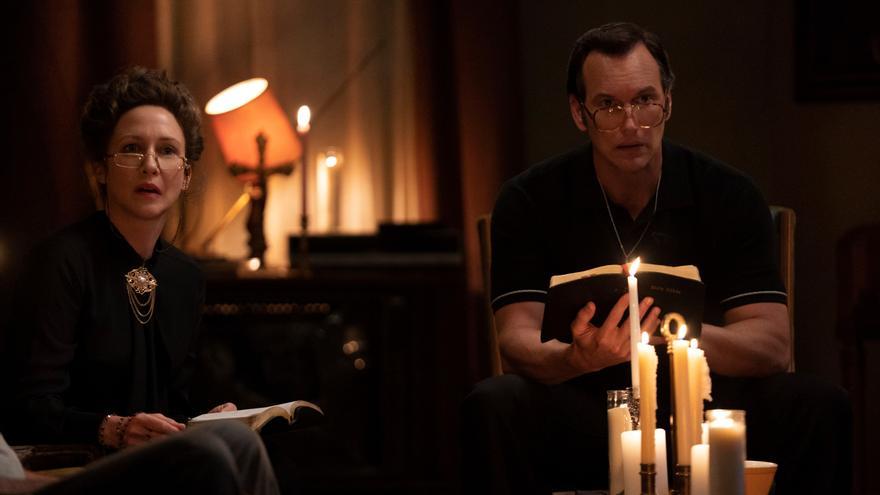 Los Angeles (USA), Jun 7 (EFE) .- The terror of “The Conjuring: The Devil Made Me Do It” led this weekend the box office of the United States and Canada by beating another proposal from the cinema of scares and chills like “A Quiet Place Part II”.

According to data published this Monday by the Box Office Mojo portal, the third installment of the saga “The Conjuring”, which premiered in theaters and on HBO Max last Friday, raised $ 24 million (€ 19.6 million). ) this weekend in the “domestic” section, which in the jargon of the sector groups together the income of US and Canadian cinemas.

Patrick Wilson and Vera Farmiga return in this new supernatural horror proposal that recounts a murder trial in the 1980s in which the defense used demonic possession as an argument.

“A quiet place”, which had dominated the box office at its premiere two weeks ago, this time settled for second place by adding 19.5 million dollars (16 million euros).

Emily Blunt and John Krasinski, who are married with two children in common, are once again the protagonist and the director in this sequel to “A Quiet Place” (2018), which became a phenomenon of terror and imagined a spooky a world in which humans must live in absolute silence to avoid being killed by sound-sensitive monsters.

Emma Stone, winner of the Oscar for best actress for “La La Land” (2016), takes on the role of Cruella de Vil in this film directed by Craig Gillespie that explores the origins of the famous villain from “101 Dalmatians” ( 1961).

For its part, the animated film “Spirit Untamed” made 6.2 million dollars in its first weekend in theaters.

This film is inspired by the movie “Spirit: Stallion of the Cimarron” (2002) and the series “Spirit Riding Free” and tells the story of a young woman and her special connection with a horse.

With the Mexican Carlos López-Estrada as co-director along with the American Don Hall, this animated Disney film tells the story of Raya, an adventurous princess in a world where humans and dragons coexist.