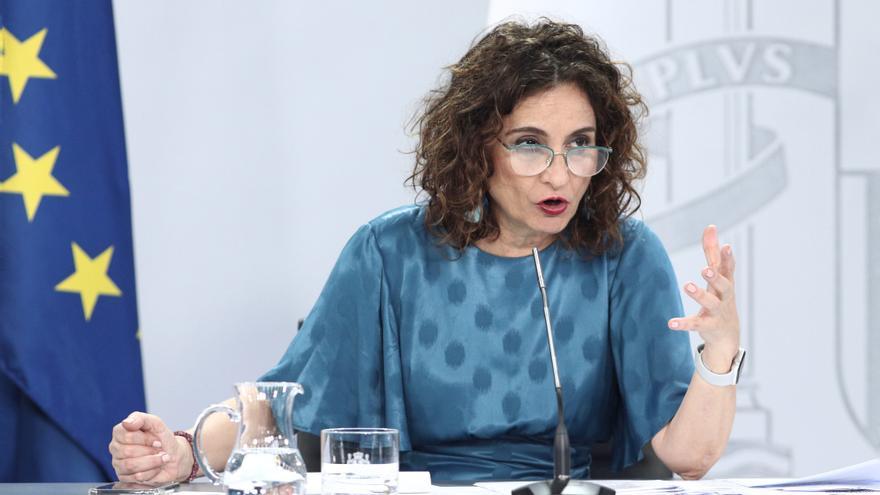 The Government approved on Tuesday an agreement that establishes the conditions of the fund to support the solvency of strategic companies, initially endowed with 10,000 million euros. Among the requirements that will be imposed on the beneficiaries is that "they will not be able to carry out an aggressive expansion or assume excessive risks." The minimum amount of aid will be 25 million euros per beneficiary, "except in accredited and justified cases", as explained by the Government spokesman and Finance Minister, María Jesús Montero, at the press conference after the Council of Ministers.

Montero explained that the maximum amount of the redemption "in no case" may improve the net worth of the company receiving the aid at the end of 2019. The rescued companies will not be able to distribute dividends and whose directors "will not be able to collect premiums or variable remuneration" .

The objective of the fund, which will be attached to the State Society of Industrial Participations (SEPI) and will be managed by a council whose composition includes the agreement approved this Tuesday, will be to provide "temporary" public support to companies that are considered strategic for the economic fabric and that they have been affected by the economic collapse caused by the coronavirus crisis.

The procedure will have to be started by the company through a written request, proving that its registered office and its main work centers are located in Spain; They must also demonstrate that they were not "in crisis as of December 31, 2019", understanding that as of that date they had not requested voluntary bankruptcy or been declared insolvent; they will also have to be up to date with their tax obligations and with Social Security, and may not have been convicted of crimes such as prevarication, embezzlement or bribery.

The interested party will have to justify that the cessation of its activity would have a "significant" negative impact on the national or regional economy and must present a feasibility plan in the medium and long term that includes a forecast of when the reimbursement of the funds will take place. received. Support instruments may consist of participative loans, convertible debt or subscription of units and any other financial support measure. SEPI will not have to launch a takeover bid for 100% of the shares even if it exceeds the 30% limit set by the Securities Market law.