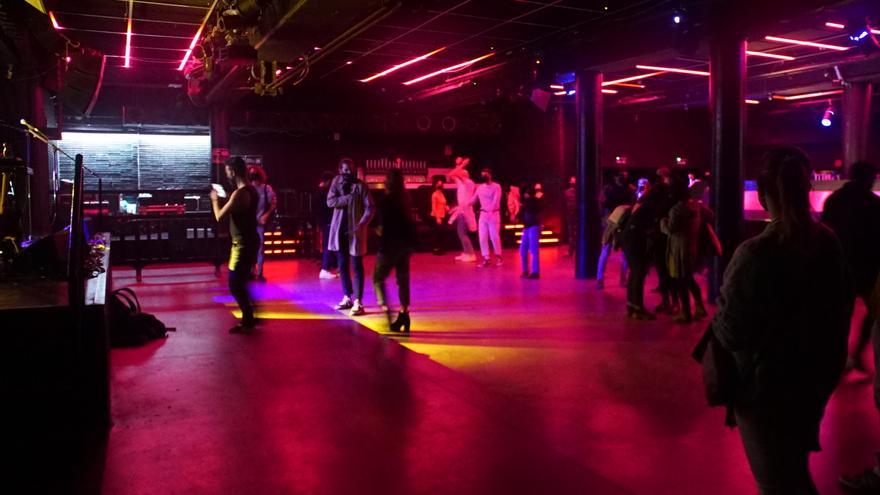 The clinical trial that was carried out on December 12 at the Sala Apolo in Barcelona to validate the efficacy of antigen tests as a strategy to enable the holding of concerts has revealed that none of the nearly 500 attendees at the event were infected .

“The results are conclusive and allow us to affirm that, if a study is reproduced with the same conditions, the results would always be the same. It is safe to carry out this type of activities and concerts,” Dr. Josep Maria Llibre remarked this Wednesday, one of those responsible for the study, when presenting the results, reports EFE.

Llibre stressed that the results obtained “are even better than expected”, since, taking into account the rates of transmission of the infection at this time in Barcelona, ​​between one and three infected were expected among those attending the concert. The director of Primavera Sound, who promoted the trial, Pablo Soler, has celebrated the results and, although he has pointed out that there are still “many months” of work left, he has predicted that “this is the beginning of the road to reopening.”

The study brought together a thousand volunteers who underwent antigen and PCR tests and were divided into two groups of about 500 people with similar characteristics: one attended a concert in which safety distances were not kept and the other, the control group lived a normal life.

Eight days after the concert-rehearsal, all the volunteers underwent another PCR test, the results of which revealed that none of the 463 attendees at the recital had been infected, while in the control group there were two infections. Of the 500 volunteers who had to attend the concert, about 30 people did not enter and another seven who did, have not yet been able to do the subsequent PCR test.

“The statistical analysis allows us to affirm that there is no greater risk of contagion in people who participate in a massive event if the measures that we implemented in the study are followed,” insisted the other person in charge of the study, Dr. Boris Revollo.

According to the researchers, the trial, which has been promoted by the Primavera Sound festival, the Fight Against AIDS and Infectious Diseases Foundation and the Germans Trias i Pujol University Hospital in Badalona (Barcelona), demonstrates the efficacy of antigen tests for detect people who transmit the virus.

In this regard, they have explained that three of the participants in the study -one from the control group, a concert attendant and a member of the hall’s security team- were negative in the antigen test but positive in the PCR carried out before the event. concert, which would suggest that they had a very low viral load and a “practically zero” capacity to infect.

Asked about the next steps, Soler pointed out that “there is still a lot of work to be done with authorities and with the sector”, but he trusted that the additional measures applied in the trial, such as antigen tests, the delimitation of smoking areas and for drinking or flow control, they can facilitate the reactivation of some activities.

Likewise, Llibre has highlighted that this trial is the first study of these characteristics that has been carried out in the world – “many people are awaiting these results”, he pointed out – and has predicted that in the coming months there will be more studies that will make it possible to know if this strategy can be extrapolated to more massive events, such as congresses, festivals or sporting events.

“This spark was born here, because Barcelona has a long tradition in cultural and leisure activity and because there was this magical collaboration with Primavera Sound, which was able to see that if they did not generate the data, no one was going to do it,” he said. Free.