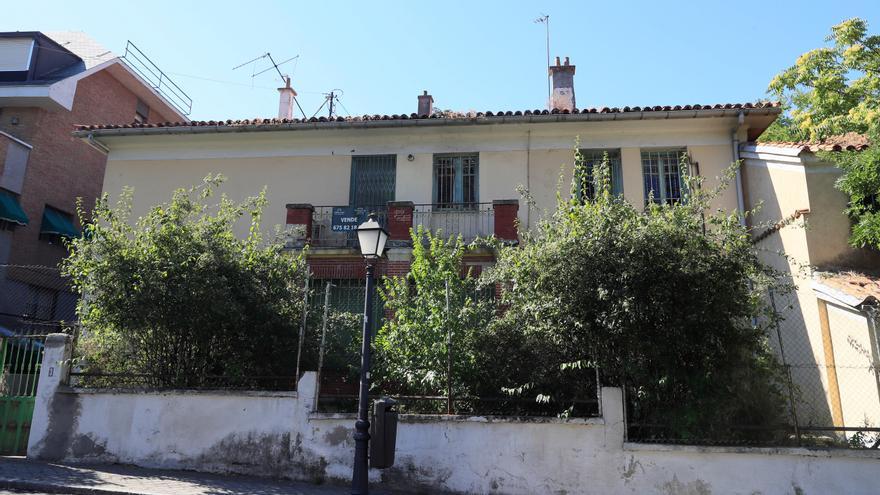 Madrid, Jul 29 (EFE) .- The Community of Madrid, in accordance with the proposal of the Ministry of Culture and Sports, has decided to start work on preparing the file for the declaration of Vicente Aleixandre’s house as Asset of Patrimonial Interest (BIP ), as reported by the Madrid regional government in a statement.

This level of protection, which is the second in importance provided by Law 3/2013 on Historical Heritage of the Community of Madrid, is reserved for cultural assets that have a special historical or artistic significance.

In this case, the special significance lies in the consideration of the property as a place that witnessed the life and work of the poet and where very important meetings were held for literature in the Spanish language.

The initial idea was to declare the property, located at Calle Velintonia, 3, as an Asset of Cultural Interest (BIC), which is the highest level of protection in terms of historical heritage, an express request of the former head of Culture and Sports, José Manuel Rodríguez Uribes.

In response to this request, the Madrid regional government requested last February from the Ministry a technical study in which it found that Aleixandre’s home met the requirements established by the regulations to be declared a BIC, which has not been finally proven , among other reasons, due to the lack of movable and documentary content in the house.

Although this study carried out by the General Directorate of Fine Arts did not justify that the property could be declared BIC, it can be recognized by this second level of protection, which is that of Asset of Patrimonial Interest, a figure that, according to the Ministry, is ” the one that best adjusts “to the characteristics of the poet’s house.

A change that the Friends of Vicente Aleixandre Association did not like, which considers in a statement that “it is a very serious mistake” to lower the level of protection of Velintonia because it means “diminishing its historical and patrimonial value and endangering its future as a House. of Poetry “, which its members have defended for twenty-six years.

The current head of Culture and Sports, Miquel Iceta, yesterday sent a letter to the Minister of Culture of the Community of Madrid, Marta Rivera de la Cruz, in which he requested that they begin as soon as possible the procedures to protect a home that “is part of the intellectual, cultural and literary history of this city and of this country and which is in a situation of abandonment “.

“This situation has lasted for too long and, before the property becomes irrecoverable (…), I consider that it is necessary to adopt urgent, coordinated measures within the framework of the respective competences of each Public Administration, in favor of the legal protection and protection of the house of Vicente Aleixandre “, collects the letter to which Efe has had access.

Iceta also sent the Madrid councilor the result of a report from the General Directorate of Fine Arts of the Ministry of Culture that points out the “special historical significance” of the house, an “essential place of memory for the story of the Spanish culture of the century XX “.

For all these reasons, the Ministry of Culture, Tourism and Sports has decided to undertake the work to prepare the procedure for declaring Vicente Aleixandre’s house as a Property of Patrimonial Interest, the opening of which is expected by the end of the year.

With this action, the Community of Madrid will grant adequate protection to the property and hopes that it can continue to advance together with the rest of the public administrations involved (State and City Council) in a satisfactory solution for all the needs of the poet’s house.