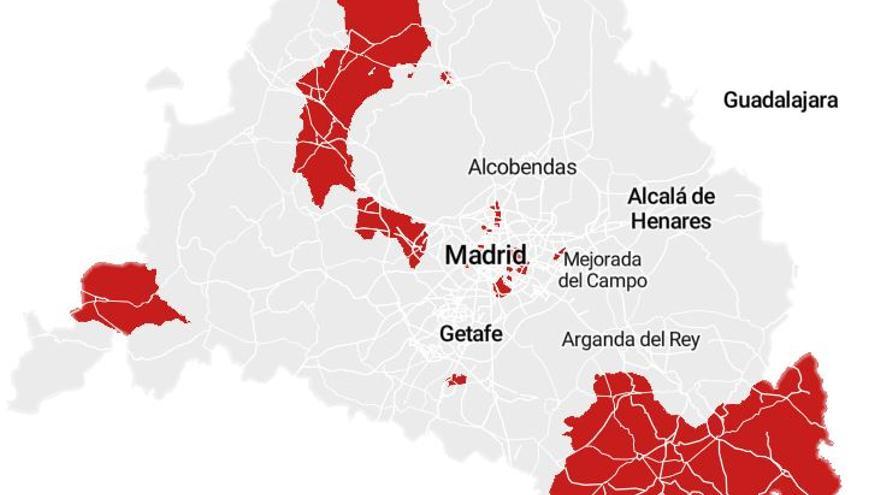 The Community of Madrid has reported this Friday that it lifts the mobility restrictions of ten basic health areas as of Monday. These areas have decreased their cumulative incidence by 50% compared to how they were when their closure was decreed, the reason why they will no longer be closed, as explained by the Director of Public Health, Elena Andradas. The curfew is maintained for the moment from 00 hours to 6 hours, a measure that will be reviewed every week like the rest.

The ten basic health zones that will no longer be closed as of next Monday are the following: in the city of Madrid, the basic zones The Espinillo (2. 3. 4), San Andrés (269) and San Cristobal (295), in the Villaverde district; Peña Prieta (319) and Rafael Alberti (303), in Puente de Vallecas, and Vinateros-Torito (255), in the district of Moratalaz. In the rest of the region, the basic areas that no longer have restrictions are Compass (234) and The borders (227), in Torrejón de Ardoz; San Blas (265), in Parla; Y Guadarrama (312) in Guadarrama.

“There are ten basic health areas that show a 50% decrease and show a marked downward trend,” Andradas explained at a press conference together with the Deputy Minister of Public Health, Antonio Zapatero.

The Community of Madrid maintains the restrictions in the city of Madrid, in Núñez Morgado in the district of Chamartín; Guzmán el Bueno in the Chamberí district; Entrevías, Pozo del Tío Raimundo, Alcalá de Guadaira, and Numancia, in the Puente de Vallecas district; Daroca, in Ciudad Lineal; Pavones and Vandel, in the district of Moratalaz; Puerta del Ángel, in Latina; Virgen de Begoña, from the district of Fuencarral and Mercedes y Villamil, in Tetuán.