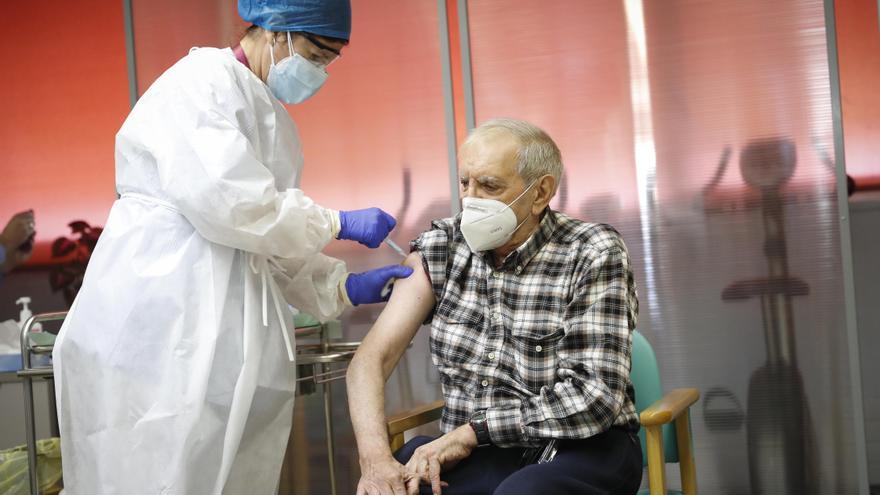 The president of the Community of Madrid, Isabel Díaz Ayuso, asked on December 24 “that more vaccines arrive” and “that they arrive soon.” The first doses were distributed on Saturday 27 and, six days later, the Community has only been able to administer 6.3% of the 48,750 weekly doses it will receive from the Government in the coming months, a number that the president described as “really low” .

The Deputy Minister of Public Health and the COVID-19 Plan, Antonio Zapatero, reported this Saturday that the Community had given the first dose of the Pfizer vaccine to 3,090 people in nursing homes. Zapatero has described this first week as “piloting” and explained that “it was not the best week”, both due to the problems of distribution of vaccines on Monday and the Christmas holidays, which have made many older people not in the residences.

However, Zapatero has recognized that the fact that there was no distribution of vaccines on Monday has allowed him to see how logistics and time were going.

In any case, the goal for next week would not fit those almost 50,000 doses either. “The week that begins between January 4 and 8, between 10,000 and 15,000 people will be vaccinated in Madrid,” Zapatero explained. They are between 20.5 and 30% of the package that the Community will receive weekly until March.

However, the vice councilor has justified that the vaccination rate will depend on the doses received by the Community because the Madrid Health Service “has the capacity” to vaccinate “many more people.”

On the same day these data were made public, the Vice President of the Community, Ignacio Aguado, again requested the Government of Spain for more vaccines against COVID-19 for Madrid because “we must not lower our guard.” In his Twitter account, Aguado has estimated that at a rate of 48,750 doses of vaccines per week, and since two doses per person are necessary, on June 30 they will not have vaccinated “even 10% of the Madrid population.”

The vice president makes these accounts according to the vaccines against the coronavirus that Madrid will receive during the next 12 weeks and not according to the rate at which the Community has begun vaccinating the population.