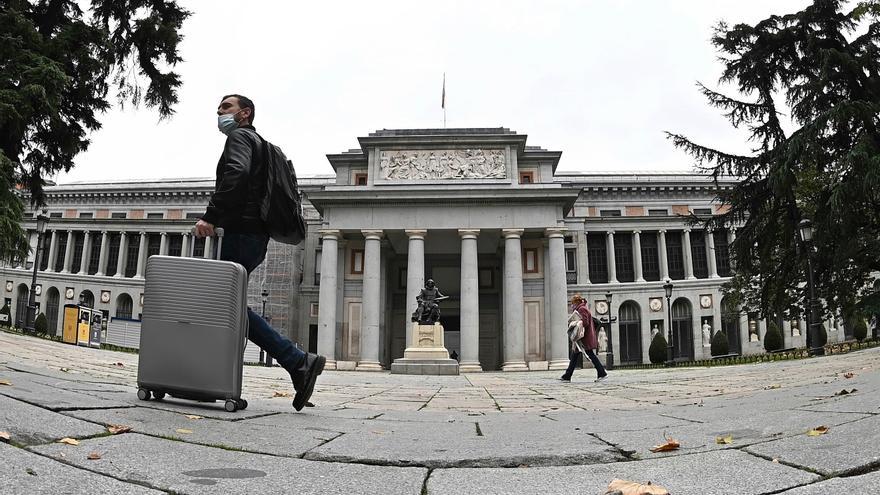 The Community of Madrid has published this Saturday an order with the extension of the restrictions until next January 11 in ten basic health areas and the imposition of these same restrictions in another ten new locations until January 18, due to a bad evolution of the pandemic in those municipalities.

The Regional Minister of Health, Enrique Ruiz Escudero, explained it this Saturday at a press conference, together with the Vice Minister of Public Health and the Covid-19 Plan, Antonio Zapatero, and the General Director of Public Health, Elena Andradas, who has The extension of the restrictions justified due to the increase in coronavirus cases in different parts of the Community, with an incidence of more than 400 cases per 100,000 inhabitants in the last 14 days.

Specifically, the new areas affected by the restrictions are the Virgen del Cortijo basic health area, in the Madrid district of Hortaleza; Marqués de la Valdavia and Alcobendas-Chopera, in Alcobendas; Las Olivas and Aranjuez, in Aranjuez; Los Alperchines and San Fernando, in San Fernando de Henares; the Torrelodones sanitary area, in Torrelodones and Hoyo de Manzanares; and the municipalities of Ciempozuelos, Navalcarnero, Algete, Mejorada del Campo and Villarejo de Salvanés.

The order with the restrictions will take effect from 00 hours on January 4 to January 18, without prejudice to the possible extensions that may be decided if the epidemiological situation does not improve. The limitation of entry and exit will not be effective until January 6.

“The increase in the accumulated incidence keeps us alert and it is foreseeable that they will continue to rise after the Christmas holidays. For this reason, new measures are adopted in basic health areas. It is still too early to know if it is a wave or a rebound due to the increase in social gatherings for festive environments “, the counselor has transferred.

The sanitary zones that already have restrictions that will be extended, at least, until January 11 are: Andrés Mellado, in Chamberí; Sanchinarro, in Hortaleza; Aravaca, in Moncloa-Aravaca; General Moscardó, in Tetouan; La Moraleja, in Alcobendas; Felipe II and Mayor Bartolomé González, in Móstoles; Getafe Norte, in Getafe; and Reyes Católicos and V Centenario, in San Sebastián de los Reyes.