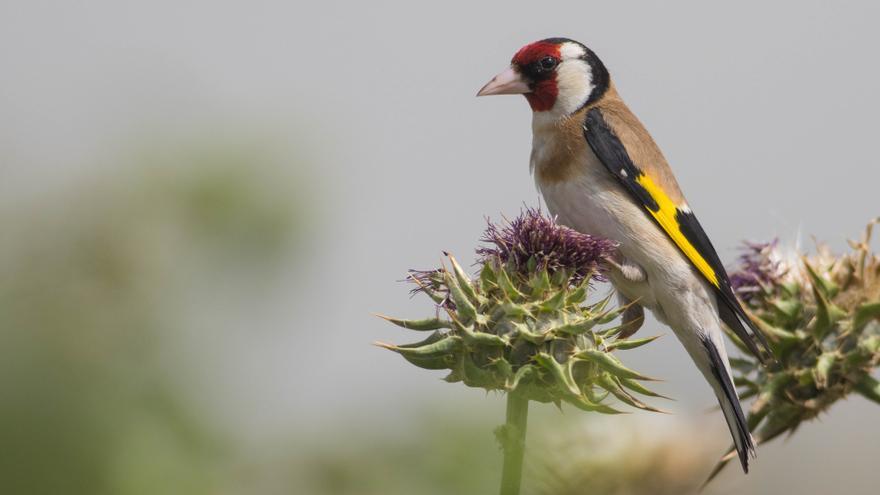 The Community of Madrid has recently authorized the hunting of songbirds such as goldfinches or greenfinches, a practice that motivated a European sanction proceedings against Spain suspended in 2019 when permits were paralyzed in all autonomous communities.

This new “complementary exceptional” authorization contemplates that these hunters, called silvestristas, keep male specimens of goldfinch, linnet or greenfinch “for the replacement of cymbals and claims”, according to the document that elDiario.es has been able to see. Silvestrism, in origin, is a hunting modality that captures birds because of how they sing. Traditionally, these birds have been used to train other specimens in their trills and to participate in singing competitions that still work. This led to the capture of hundreds of thousands of these species over years and the official reprimand of the EU for violating bird protection regulations.

The current permit from the Ministry of the Environment is registered, as appears in the document signed on September 22, “within the monitoring program for finch populations”, called Sefricam. This program was authorized – and subsidized – by the Community of Madrid to the Madrid Hunting Federation in 2018, but now the Madrid Executive has added a legal umbrella to keep birds for “captive breeding” not previously contemplated, as he has answered to elDiario.es.

However, what the authorization specifies is that they may seize some birds to act as a claim to attract more birds: “For the replacement of cymbals and claims,” ​​the document describes. But Environment justifies its decision to elDiario.es with the fact that “there is no other alternative means to feed enough live specimens to the volunteers who participate in the breeding project, so it is necessary to go to the catches”. That is to say, it affirms that it allows to hunt those specimens to produce more.

However, the review of the technical report of the project only indicates as objectives “obtaining a census (…) and its distribution at the regional level”, the “study of population distributions”, “making known the values the natural environment, its sustainable public use and compatibility with sports activities “, carry out” training activities “and” document the project “. No point on breeding.

The director of the Sefricam project, Pablo Luis López Espí, repeated these objectives during an appearance in the regional parliament of the Madrid Assembly in April 2019: “Population census of finches” and “the population distributions with the different habitats of the Community “. López Espí was appointed in November 2018 provisional delegate of Silvestrismo of the Madrid Hunting Federation. This organization has not answered the questions of elDiario.es.

The regional government now insists that “since 2017 they have not been able to capture any specimens. Therefore, and to maintain the scientific viability of the project, it has been necessary to exceptionally capture and retain some specimens to replace the natural losses of these birds. among the volunteers participating in the project. “

For years, despite the fact that European law prohibits the hunting of wild specimens, each season the autonomous communities authorized the capture of tens of thousands of finches, that is, songbirds: between 2013 and 2015 the quotas totaled 900,000 specimens. The regulations stated that birds could only be captured “for the shortest possible time until a viable captive breeding system was reached” or “avoid negative effects of inbreeding” when captive breeding was being carried out.

What the European Commission suspected is that the exceptional authorizations concealed massive captures of birds and therefore it was a permit for silvestrism. Against this background, Brussels opened a sanction file against Spain, the last notice of which was signed on May 17, 2018. In July 2019, finally, the Ministry of Ecological Transition was able to confirm to Brussels that the “exceptional capture authorizations had ended. in the natural environment of finches “. The file was stopped, although the community authorities recalled that, if the permits were reactivatedyes, they could retake the sanctioning file.

Since this Sefricam project was launched in the Community of Madrid, forest agents have had to open files when inspecting groups that participated in the monitoring program for trying to stay with a female or male singer, according to sources in the body. For the current season, which began the first weekend of October, this new authorization that would cover these arrests reached the agents.

In the autonomous government they separate their authorization from the silvestrism that brought Spain to the brink of European sanction: “Sefricam has a scientific nature. The specimens that are retained will be retained only for the purposes of this study, and will not have the possibility to participate in the singing competitions object of the silvestrismo, reason why it is not possible to raise relation with the procedure of the European Commission “, they justify.

The Ministry of the Environment thus allows, at the request of the Madrid Hunting Federation, “the live retention” of some of the specimens captured by silvestrists in the project of “monitoring finfish populations”. That is, it gives the green light to cage and stay a quota among the birds that, in principle, they take to identify, measure, weigh, ring and, in theory, release again.

When evaluating the year 2019, López Espí recounted what the Sefricam is designed for and highlighted the “invaluable information, which had not been obtained until now, both on the populations and the state of the habitats and to which areas we can associate the abundance or shortage of these birds “. And then he also stated that “we value the cultural heritage that silvestrism supposes, which is the technique we are practicing to obtain scientific data, and to promote and denounce the need for its conservation “.