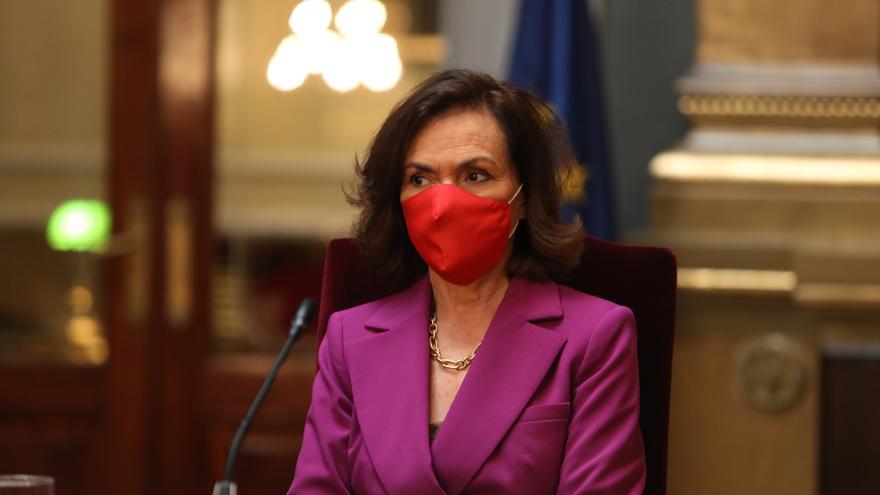 The Government will allocate 3 million euros for Democratic Memory policies among the autonomous communities, of which 2 million will go to exhumations and one million euros, to activities to disseminate work and dignify burial sites. The community that will receive the most funds is Andalusia, 507,813 euros, followed by Catalonia, Valencia, Castilla y León, Navarra and Extremadura.

This is, according to the Government, the agreement reached at the first formal meeting of the Sectorial Conference of Democratic Memory, chaired by the first vice president of the Government, Minister of the Presidency, Relations with the Courts and Democratic Memory, Carmen Calvo, who has been accompanied by the Secretary of State for Memoria Democrática, Fernando Martínez.

In this first meeting, they have agreed on the distribution criteria, as well as the distribution of the 3 million euros, foreseen in the General Budgets of 2021, for the search, identification and dignity of people disappeared during the Civil War and the Dictatorship.

According to the distribution criteria, the 3 million item is made up of two parts. One of them worth 2 million euros for the location, exhumation and identification of people who disappeared during the Civil War and the Dictatorship.

From this item, 20,000 euros will be allocated to the autonomous community that has at least one grave from the civil war and 1.66 million euros will be distributed depending on the number of graves pending in each autonomy.

The other part, one million euros, will be allocated to activities to disseminate work carried out and results achieved, and to dignify the burial places and promote the places of memory associated with them.

This million euros will also be divided into two parts: 600,000 euros at a flat rate for all territories and 400,000 euros distributed according to the number of graves intervened between 2000 and 2020. This item is for activities to disseminate work carried out and results achieved, and dignification of burial sites and promotion of places of memory associated with them.

According to the Ministry of the Presidency, once the distribution criteria and the amount finally assigned to each autonomous community have been formally approved, they must present their proposal for projects to be financed, which will be approved in agreement with the Ministry of Carmen Calvo.

From there, the transfers with the corresponding payments will be made on a quarterly basis, with the amounts corresponding to the first two quarters being paid jointly, once the projects to be financed have been approved by mutual agreement along with their certified relationship.

The execution period will include the entire year of 2021 and the autonomous communities must present the certification of the actions carried out before March 31, 2022.

The Plan identifies actions to be promoted to achieve maximum impact within four years. The intention would be to intervene in a total of 557 graves in all the autonomous communities, except in the autonomous cities of Ceuta and Melilla, where there are no pending exhumation proceedings.

The Four-Year Plan is complemented by the Shock Plan that the Ministry of the Presidency launched last year on a temporary basis, to alleviate the lack of financial resources for Democratic Memory policies, due to the absence of government subsidies since 2013 .

Within the framework of the Shock Plan, the Government has approved direct subsidies for non-profit entities and for municipal actions through the FEMP.

The total figure during 2020 was 1.5 million euros, which were divided into two parts: an exhumation plan through grants to non-profit associations for an amount of 750,000 euros (60 percent of which is destined for exhumations). ) and another 750,000 euros through the FEMP, entirely allocated to exhumations.

In addition, it has contributed to the inter-institutional project of the Pico Reja Pit of the San Fernando Cemetery in Seville. With this Plan, a total of 114 projects have been launched, which could help locate the remains of up to 3,000 people.