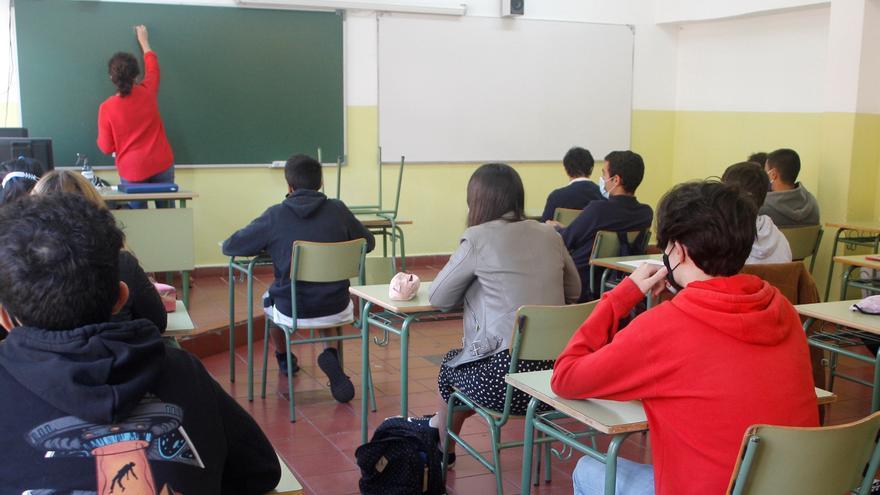 The autonomous communities that so wish will be able to take the June (or September) recovery exams for Secondary this year. The Minister of Education, Pilar Alegría, has explained in an interview in The world that he is “going to propose a one-year moratorium in favor of dialogue with the autonomous communities “in the tests that are carried out at the end of the course to try to pass a subject that has been suspended during the year.

The Ministry that Alegría directs is going to abolish these exams as part of the development of the new Education law, Lomloe, arguing that these repechage tests do not make much sense in the current context: on the one hand, they explain from the ministry, most of the communities have long passed these tests from September to June, and when they were carried out barely three weeks after failing the course, almost no student was able to pass them; on the other, the one known as Celaá law It is committed to continuous evaluation and to the teachers’ criteria when deciding whether a student promotes a course or not, so it would not be consistent to trust everything to an exam.

“A transitory provision will be developed in the evaluation decree that will allow the communities to opt this year in an extraordinary way to keep the recovery exams or to suspend them,” explains the minister, which opens the door for some communities to take them. recoveries and in others not.

At first, according to the version of Education, the technical staff of the autonomous communities welcomed the measure positively in the previous meetings that were held. However, after the measure was made public, the autonomies where the PP governs (Madrid, Galicia, Castilla y León and Murcia) rejected it –a trend that has been common with almost all the provisions that the ministry adapts– and the Basque Country stated that it would apply them this year and then evaluate them.

Alegría understands that with the decree that will regulate this situation, still not approved, the communities can have the course planned with the summer make-up exams and the change may be too abrupt. “It has seemed sensible to me that, since the course has started and to avoid organizational difficulties, the communities that have decided to suspend the tests can do them, but those that have already planned to carry them out can keep them.”

The ultimate objective of the ministry with this type of measure is to reduce repetition, which in Spain is well above the average for the environment and in Europe with a rate of around 30%, as the minister recalls. For this, in addition to eliminating the extraordinary summons for the summer, the maximum number of failed subjects with which the course can be promoted is eliminated -there is talk of two subjects, but also that it will not be the only criterion and the teaching staff will be able to approve a student if he considers it so– and is committed to educational reinforcements and the autonomy of teachers.