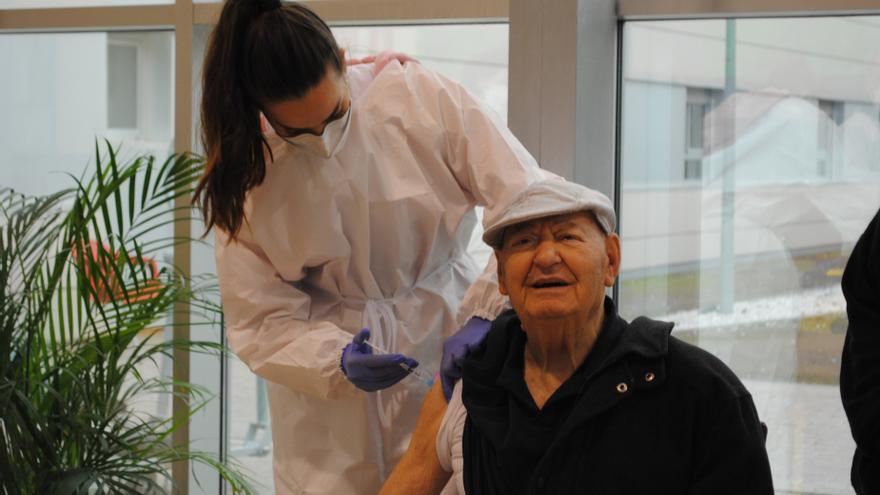 The autonomous communities have already administered 277,976 vaccines, 37.4% of those received for almost two weeks, according to the latest data updated by Health. Since the immunization campaign against COVID-19 began on December 27, Spain has obtained 743,925 vials of the one from Pfizer / BioNTech, the only one our country currently has. In 24 hours, the communities have given 70,653 injections, following a more or less stable daily rhythm this week.

The Community of Madrid continues to be the one that advances the slowest and is at the tail end. It has almost 100,000 vaccines available, specifically 98,790, but so far it has only administered just over 14,000, 14.3%. This Thursday it has been known that the Ministry of Health of the Government of Isabel Díaz-Ayuso urgently requests nurses from health centers to support the campaign. It has done after rejecting the toilets offered by the Madrid City Council and grant a contract for 130,000 euros per month to the Red Cross to provide a support service for this task. Cantabria is the other community with less rhythm, but it slightly exceeds Madrid and remains at the gates of 20% of those received.

On the contrary, Asturias continues to be the community that is developing the process at the fastest speed, and has already put in 75%. Your strategy It goes through exhausting the entire consignment every week, something that other communities are not doing and prefer to choose to save vaccines to solve possible supply problems. Also in Asturias and others like Galicia, which follows with 66% of the vials already injected, they have continued with the activity even on weekends or holidays. The aim is to immunize users and staff of nursing homes, first-line health care and large dependents in a first phase.

The autonomous cities of Ceuta and Melilla, for their part, have also already administered most of the roads they have received (63% and 67% respectively) and Castilla y León exceeds half, with 55%. Andalusia has 49% and Aragon, 42%. The rest –Murcia, Castilla-La Mancha, Canarias, Baleares, Catalunya, Navarra and Euskadi– fluctuate between three and four out of ten injected vaccines and La Rioja, the Valencian Community and Extremadura reach 28%, 26% and 21% of administration.

How much has each community vaccinated to date?

This Friday, both the Minister of Health, Salvador Illa, and the Minister of Territorial Policy, Carolina Darias, who is considering to replace him, have valued the vaccination campaign after the meeting of the Moncloa Coronavirus Monitoring Committee. Darias has specified that the goal is “to have more people vaccinated than infected as soon as possible” and Illa has pointed out that the rate at which the doses are being administered “still has to improve”, but “is picking up speed.”

Deliveries to the communities are made weekly, in principle every Monday, to the communities, which expect to receive 4.5 million from Pfizer in 12 weeks. With them, the first phase of the strategy will almost be covered, but supplies will increase as others are authorized and available. Of the American Moderna, which the European Medicines Agency authorized last day 6, Spain will have about 600,000 doses in six weeks, as reported by Minister Salvador Illa. In addition, this Friday the European Commission has announced that it will acquire 300 million more vaccines than Pfizer’s, that is, twice the amount agreed upon now.

Why do we take longer and longer to access a home that we own?

The money of Spanish funds abroad sets a new record and exceeds 100,000 million