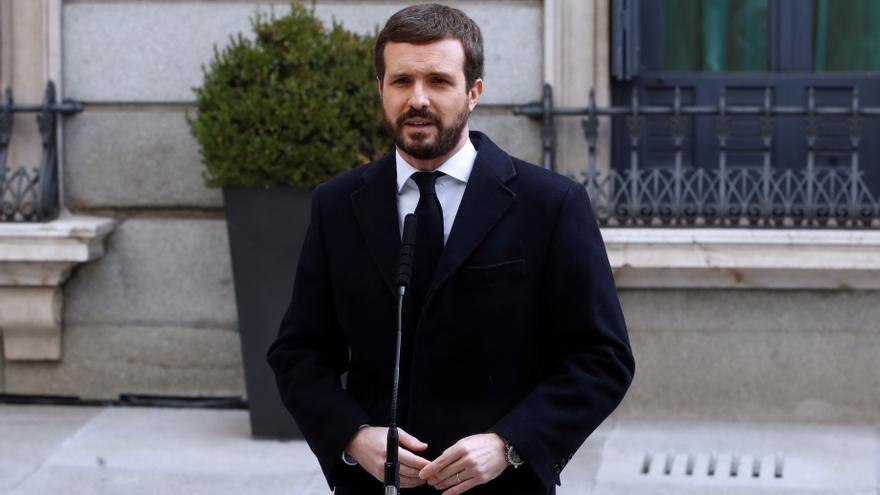 The autonomous communities governed by the PP alone or in coalition with Citizens (Galicia, Castilla y León, Andalusia, Madrid and Murcia Region) will advance the registration period for the next school year to overcome the “limitations” in the choice of center contemplated in the Celaá law.

This has been assured by Pablo Casado during his visit to a cooperative of wholesale pharmaceutical distribution in Murcia, justifying this decision in which families can continue to “freely choose” the educational center for your children.

After repeating that the PP will repeal this “unfair” rule when he returns to govern and that he will appeal it to the Constitutional Court and the EU, Casado has emphasized that his party will do “everything possible” within the autonomic competence framework so that the “bad” Celaá Law “does not affect the freedom of families, educational quality and the structure of the national education system.”

In the case of Galicia, the only community governed by the PP with two co-official languages, the president of the “popular” has pointed out that will keep Castilian as “vehicular, like Galician”, and English will be added to move from “bilingualism to friendly trilingualism”.

Casado has indicated that these five autonomies will continue to “promote the culture of effort and competitiveness” in the face of the possibility introduced by the new educational law, which is currently being processed in the Senate, which allows passing courses with failed subjects.

On the other hand, the president of the PP has proposed to the chief executive, Pedro Sánchez, a state pact for research to immediately dedicate two percent of Spanish GDP to the sector, in addition to demanding public and private resources to combat diseases and improve the health of “many” sick people.

Casado has also shown his “full collaboration” to the Government so that the vaccination schedule against the coronavirus begins as soon as possible. Finally, he has advocated for “transparency, accountability and honesty” in the management of European funds and has shown his fear that the Spanish executive favors socialist regional executives and companies through “clientelistic” management.