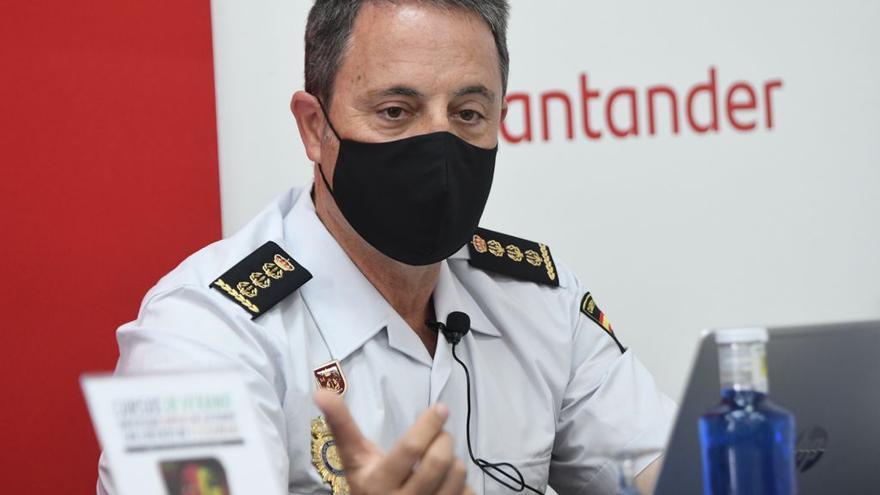 The Ministry of the Interior has recovered the main commissioner Agapito Hermes de Dios for the position of number two in the Higher Police Headquarters of Madrid. Hermes de Dios was commissioner of Marbella when he extrajudicially investigated the attic of Ignacio González, in collaboration with Villarejo, during the last period of the Government of José Luis Rodríguez Zapatero.

A court in Madrid opened a case for those investigations and Hermes de Dios was charged. Already at the time of the PP a file was opened to him and he was removed from his post at the head of the Marbella police station. The judicial case ended up archived, but before, within the framework of the same, Agapito Hermes de Dios recognized the magistrate who had ordered his subordinates at the Marbella police station to investigate the assets of Ignacio González by order of Villarejo and of what was then the Deputy operational director of the Police, at the time of the PSOE, the late Miguel Ángel Fernández-Chico.

Agapito Hermes de Dios appears mentioned in the agendas of Commissioner Villarejo with the nickname of “Agap”, according to sources in the case, and also in the log of calls that the Commissioner kept about visits and telephone communications to his offices in Torre Picasso. Six days after the arrest of former Madrid president Ignacio González, which occurred on April 20, 2017, Villarejo points out the alleged content of a call with “Agap”: “Very happy with IG and the Pujols”. Seven months later, Villarejo would be arrested. Ignacio González defends that the policeman who sits on the bench today ended his career and later fabricated evidence against him in the Lezo case, in both cases by order of his political opponents.

In the case opened by Ignacio González’s complaint, Commissioner Hermes de Dios defended that he had investigated the origin of the attic because Fernández Chico explained that he appeared as an alleged recipient of bites in the Gürtel case. He also said that it did not seem abnormal to him that the investigations were not part of the judicial investigation of the case that was being followed in the National Court or that he received orders from Villarejo for a “hotmail” email address.

For the investigation of González, Hermes de Dios had been punished with a serious offense for not having informed his superiors at that time, the first police leadership of the PP. The case also cost the first Commissioner of the Judicial Police of the time of Jorge Fernández Díaz, Enrique Rodríguez Ulla, the job.

After being dismissed in Marbella, Agapito Hermes de Dios was assigned to the Barajas Airport and later to several district police stations in Madrid, until in June 2020 he was promoted to main commissioner and became Head of the Central Cybercrime Unit, the last destination before being appointed Regional Head of Operations in Madrid. Before reaching number two in Madrid, Agapito Hermes de Dios has been head of several district police stations in Madrid. According to police sources, the knowledge of the city from the police point of view has been the reason why the new superior head of Madrid, Manuel Soto Seoane, has chosen him for the position.