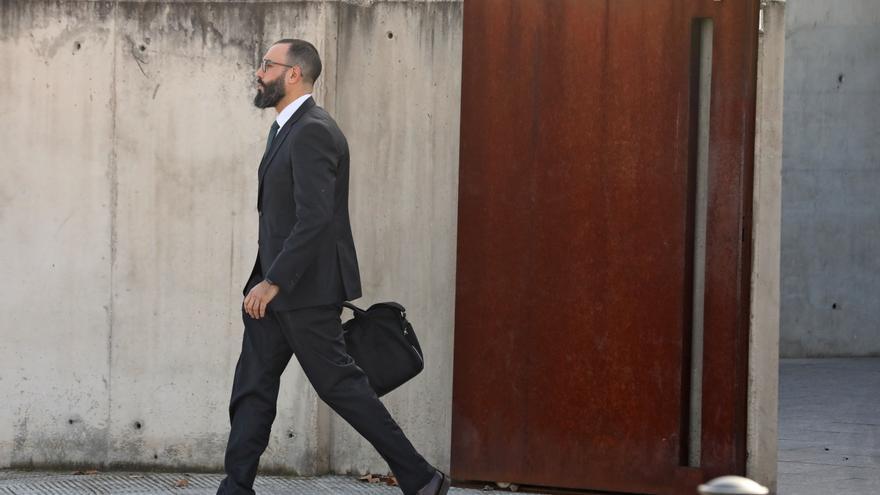 The Lieutenant Colonel of the Civil Guard Daniel Baena, police instructor of the proceedings of the 1-O referendum, leaves the position from which he investigates alleged crimes related to the independence movement to occupy a post of internal management in the General Staff of the Command of Barcelona.

As published this Tuesday by the Official Gazette of the Civil Guard, the change of destination responds to a request for the vacancy by Baena himself, although it occurs after the superiors of the lieutenant colonel transferred alleged complaints of coordination of the Prosecutor’s Office of the National Court and other units of the Corps, inform elDiario.es sources of the armed institute.

Baena thus leaves the headquarters of the Judicial Police Unit of Barcelona when the macrocause baptized as Voloh is still in the investigation phase, in which the lieutenant colonel acted under the orders of the head of the Court of Instruction number 1 of Barcelona, ​​Joaquín Aguirre. Voloh investigates the diversion of public money from the Generalitat to finance Carles Puigdemont’s stay in Waterloo, the corruption of businessmen and former politicians of Convergència and ERC David Madí and Xavier Vendrell, and also the alleged interference of Russia in the process, some suspicions that are the subject of another case in the National Court which has been filed by the special court.

Baena’s substitute at the head of the Judicial Police Unit will be the commander who served as number two of the lieutenant colonel, at least until the vacancy is adjudicated. The resolution on the new destination of Baena and others is signed by the director of the Civil Guard, María Gámez, and is dated last Thursday, May 13. The General Staff of the Barcelona Command carries out tasks of its own cabinet and secretariat, without being linked to the investigation.

Baena is perceived by the independence movement as one of the mainstays of the “repression” of its activity by the State. During the 1-O investigation, the lieutenant colonel defended the thesis of the use of violence assumed by the Prosecutor’s Office and which was later ruled out by the Supreme Court.

The harshest ruling regarding Baena’s claims in court is that of the National High Court, which led to the acquittal of the major of the Mossos d’Esquadra Josep Lluis Trapero, among others. In the ruling, which had the private vote of Concepción Espejel, the court ruled that Baena presented indications that the appointment of Trapero was linked to the process that “do not correspond to reality.” He also said that the statement that the major met in secret with Puigdemont “lacks any evidence whatsoever.”

Just a month ago, the Minister of the Interior, Fernando Grande-Marlaska, signed the pass to the reserve of the general of the Catalunya Zone, Pedro Garrido, of whom the Generalitat had requested his dismissal two years earlier for the statements made on 9 October 2019, during the Civil Guard festival. “Revolutionary smiles become, with more ease than one might think or wish, into just the grimace that conceals hatred and meanness capable of generating destruction, pain and suffering under the justification of defending a cause other than the law does not contemplate, ”said the general during his speech, in the presence of the authorities.