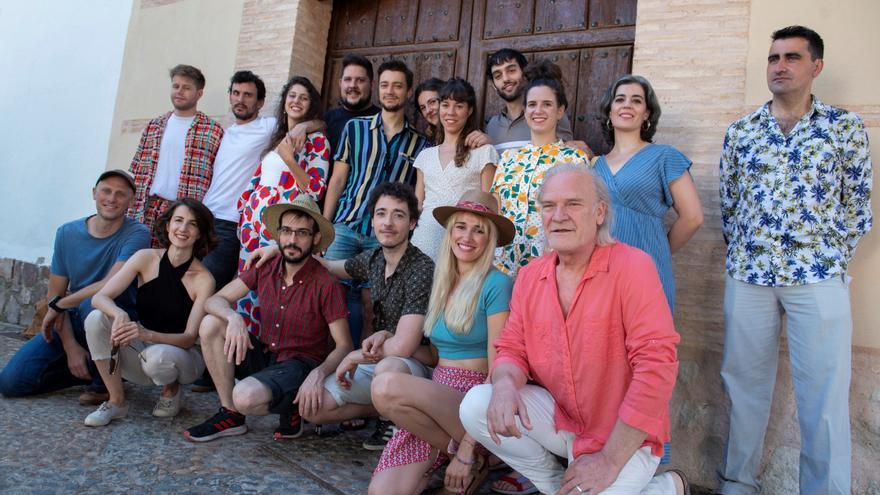 This was expressed this Wednesday at a press conference by the director of the CNTC, Lluís Homar, in which he was accompanied by the deputy director of the play, Óscar Valsecchi, María Besant and Miguel Ángel Amor, main actors, who have expressed their gratitude and emotion of being able to get on the stage of the Almagreño theater after a difficult year for the show.

"The comedy of wonders" is a play that talks about itself, about the theater, its world and the power of dramaturgy to transform society, "it is a gift for the viewer" according to María Besant, in a comic text where the playwright leads the viewer to reflect on the characters and where the theater is spoken from within.

The play consists of a performance composed of eight skits "very lively and very colorful" for Miguel Ángel Amor, which recounts the role of the theater and the trajectory of a company involved in the difficulties of the show to reinvent itself, reflect the survival over the tables and take it to the new times through mockery and fun with dramatic overtones from a simple language.

Around thirty-five characters make up this project, interpreted by a cast based on different promotions of the Young Classical Theater Company and with a scenographic space in charge of Elisa Sanz that maintains the essence of the popular theater of the 18th century, creating a whole space together with the wardrobe in which Pier Paolo also participates and which, for Lluis Homar, is a commitment to a contemporary period style.

"The comedy of wonders" can be seen from July 2 to 11 in the Patio de Fúcares de Almagro, and tickets are already sold out.