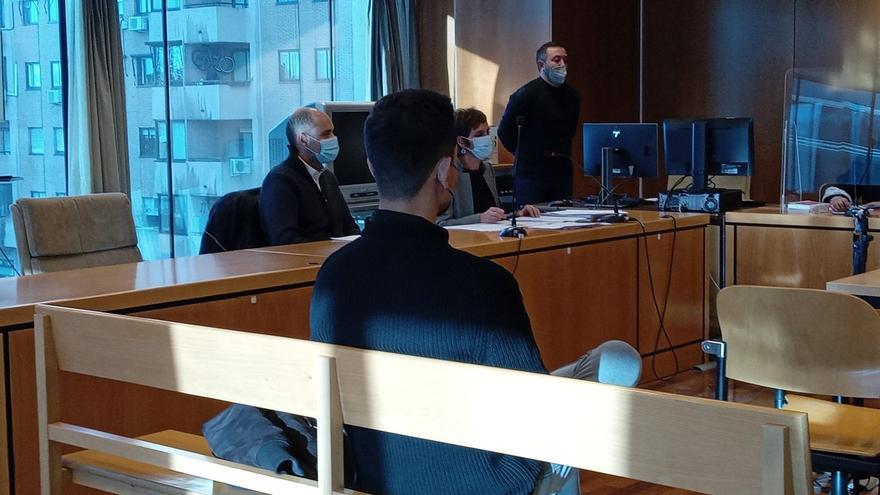 The humorist David Suarez, accused of a crime against fundamental rights, he has apologized in the judgment of black humor joke you posted in April 2019 against those affected by Down’s Syndrome but has reaffirmed its intention to make its audience laugh and not to “vex or mock any group.”

Suárez has sat on the dock of the accused of the Provincial Court of Madrid at the request of the Madrid Prosecutor’s Office and the Spanish Committee of Representatives of People with Disabilities (CERMI) for the “humiliating” and “humiliating” message, according to the prosecutor, which he posted on his twitter account on April 18, 2019.

He faces a year and ten months in jail and a 3,000 euro fine for a crime against the exercise of fundamental rights. In addition, the prosecutor requests that he be disqualified from exercising his profession on Twitter.

In his statement, the comedian has detailed that he specializes in black humor, a genre that puts on the table “taboo or controversial issues but without the aim of making fun of the groups behind those issues.”

“I reaffirm that I make this type of joke not with the intention of harassing anyone, but to make people laugh. I am comical and I try to make people laugh and it is something that has nothing wrong. I have no problem apologizing if someone was offended “, he stressed.

According to his testimony, the joke was not about people affected by Down syndrome because “the objective was not the group.” After publishing the joke, the comedian posted on his account a statement in which he apologized to the family members of the group and responded to the criticism received by the networks.

“I deal with taboo topics but with no intention of harassing anyone. I have 10,000 jokes in my account and there may be two or three against a group,” said the accused, who has stressed that “black humor has no problems dealing with issues more sensitive “.

“Not a step back”

The father of an affected minor has reported in the trial that his 7-year-old daughter is part of a vulnerable group because “They do not have the capacity to lead a response against certain circumstances”, like the one that happened with the spread of that joke in an account with more than 90,000 followers.

“I am struck by the fact that a person with so many followers publishes a joke on his account about a dysfunction and that he somehow abstracts himself from the fact that others can visualize it that way. That is my pain,” he lamented.

The witness works in an entity that fights for the inclusion of young people with disabilities so that they have a second educational opportunity.

“Many people have given up their lives to advance for this group. For something as basic as being able to vote and not being called subnormal. Behind there is a fight of many families. There are conquests in which there cannot be a step back, “he asserted.

A representative of Plena Inclusión Madrid and the father of a young man with the syndrome also appeared. Plena Inclusión then denounced the comedian in order to respond to the “feeling” of discomfort of many families and to fulfill “the aims of the association such as the defense of the rights of this group.”

“That message was very negative because it did not reflect the image of women with this syndrome because they are people who struggle to integrate into a society. That vision, with that public relevance, did not capture reality, “he denounced.

The defendant’s father has told the Court that they have relatives with the syndrome and that his son has lived in an environment with awareness towards this group. “It had consequences because they fired him from his job. It was a disgrace,” he acknowledged.

In his indictment, the prosecutor indicates that “with evident contempt for the group of people with Down syndrome” A message containing “humiliating and humiliating” content was posted online.

After the joke was published, the ‘Cadena SER’ announced that it was dispensing with the comedian, who was a collaborator in the Los 40 Principales program ‘Yu, don’t miss anything’.

After the controversy, Suárez stated that his intention “has never been and never will be to hurt people with Down Syndrome, nor cause pain or suffering to their family members. ”