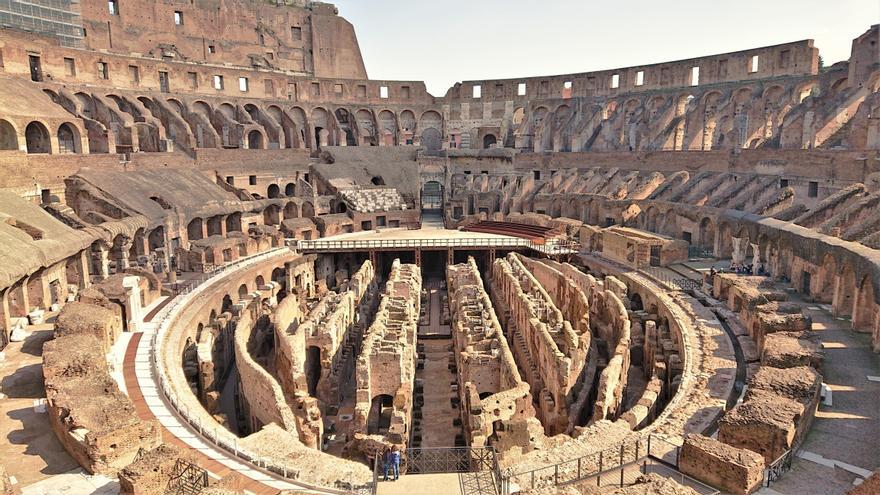 Rome, Jun 25 (EFE) .- The Archaeological Park of the Colosseum in Rome will open to the public tomorrow its hypogeum, the underground galleries of the amphitheater that were originally covered by sand -the stalls in which the gladiators fought-, after concluding its restoration.

The works, which began in 2018, will show a total area of ​​15,000 square meters, accessible for the first time thanks to a 160-meter walkway after “a very complex work,” said the director of the Colosseum Archaeological Park, Alfonsina Russo, today. in the presentation of the restoration.

81 people participated in it – including restorers, archaeologists, masons, engineers, architects and surveyors – for a total of 55,723 hours, the equivalent of 781 days and some 28 years of individual work.

The subways are “testimony to everything that happened under the great arena of the amphitheater, from its inauguration in 80 AD to the last show in 523,” Russo said, according to local media.

The Italian Minister of Culture, Dario Franceschini, also appreciated the “great technical work” of the works and announced that the Colosseum, “the symbol of Italy in the world”, will host the meeting that he will hold with his homonyms and with the Prime Minister, Mario Draghi, at the G20 on Culture to be held in Rome on July 29 and 30, under the rotating Italian presidency.

After the work on the façade carried out in the first phase of the restoration and the completion of this second phase focused on the hypogeum, the project will continue, thanks to the financing of the Italian footwear group Tod’s, with the improvements in the galleries of the second floor of the amphitheater and the transfer of the reception to the outside of the building.

The hypogeum of the Colosseum has an approximate dimension of half a hectare, composed of a network of corridors, and is surrounded by a perimeter wall and fourteen partitions.

During its years of activity, access to the hypogeum was not allowed to the between 50,000 and 75,000 spectators that the amphitheater could host, equipped with mobile platforms and wooden elevators used for the appearance of men and beasts in the arena.

At the beginning of last May, the Colosseum announced that in 2023 it will rebuild its arena with an eco-sustainable project that will improve the visit to the monument, declared a World Heritage Site.

The Flavian Amphitheater lost the original arena over the years, leaving its hypogeum or underground galleries in the open air, except for a small part of about 600 square meters that is still covered today.