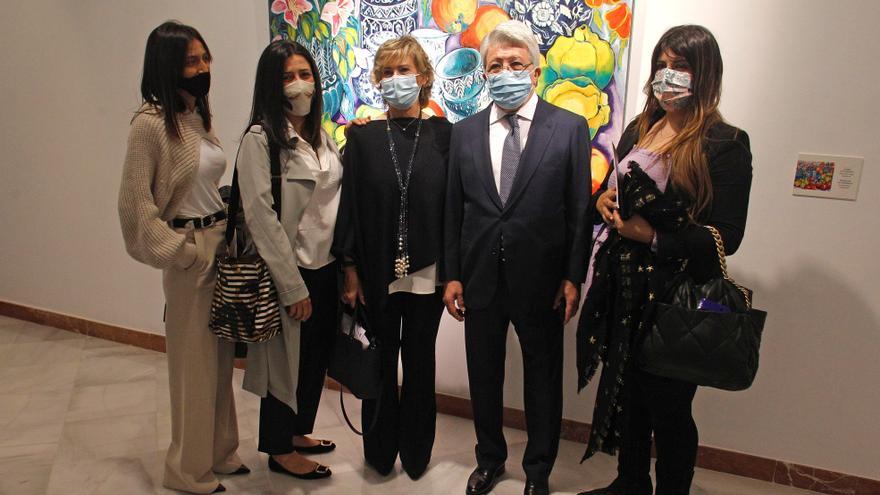 Alicante, Apr 8 (EFE) .- The particular vision of the life of the Segovian painter María Jesús de Frutos Arribas and her vivid colors are exhibited from today until May 16 in the exhibition hall of the Provincial Council headquarters from Alicante.

The sample 'Vida' is made up of twenty-five canvases made between 2018 and 2020 that have as a common denominator a vital impulse that is reflected both in the representation and in the composition, the rhythm and above all in the color.

De Frutos Arribas's intense color palette is even seen in various black and white paintings that include an almost infinite range of grays.

In large or medium format, the works are divided into three sections, the first of which is called 'Encounters', where meetings of friends star in the scene with conversations, parties, dances or simple hugs and walks.

There are also the works of the epigraph 'Still lifes and glasses', in which the Segovian visual artist represents groups of glasses, flowers, fruits and a great variety of ceramic pots, always in an exuberant and overflowing style.

The third section of the exhibition is called 'Meninas' and there the painter reinterprets this figure from the court of Felipe IV with several canvases that are intended to be a tribute to the great master Diego de Silva y Velázquez.

The Alicante exhibition comes after the show he starred in in 2015 at the Casa de Vacas del Retiro in Madrid.

Before a small group of guests, including her husband, Enrique Cerezo, president of Atlético de Madrid and film producer, and the president of the Alicante Provincial Council, Carlos Mazón, the artist thanked the interest in her collection and that fate "return to Alicante".

From his paintings, he has trusted visitors to extract "that life is there, in every corner" since his paintings are "a hymn to life and friendship."

For his part, the president of the Provincial Council, Carlos Mazón, has congratulated himself on the quality of the paintings and that, after the restrictions of a year of a health pandemic, the exhibition hall of the Provincial Palace is reopening for a collection with the mandatory measures required by covid-19.