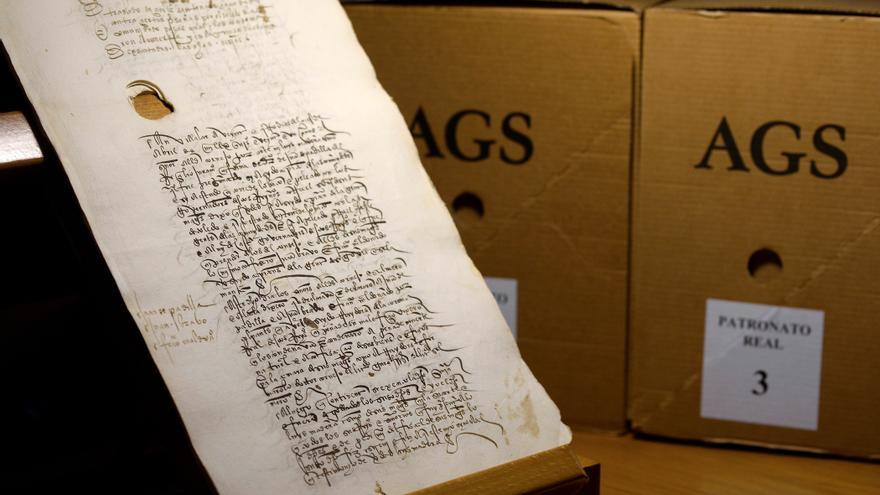 Simancas (Valladolid), Apr 20 (EFE) .- The passage of time has nurtured a collective illusion until crystallizing as a “banner of a community” an episode that occurred five hundred years ago, that of the War of the Communities of Castile “(1520- 1522), alive in historical theses and still fresh in the political debate and social sphere.

Five centuries later, historians have still not agreed on whether it was a revolution -the first of the Modern Age-, a minor rebellion located in a kingdom of the Hispanic monarchy, an uprising of reduced scope or a revolt where several estates: from the people and the clergy to the nobility.

The community movement, as the director of the Simancas Archive, Julia Teresa Rodríguez, prefers to call it, “essentially came from a dynastic conflict, at least in its origin and not very different from previous ones,” explained this Tuesday in an interview with the Agency. Eph.

“But immediately it acquires a polyhedral character, with many edges that give it greater complexity because very different social groups intervene with conflicts even among themselves because they were not very homogeneous: sectors of the nobility, the common (people) and the clergy”, has added.

It all began with the death of Isabel la Católica (1504) and the search for a successor in the Crown of Castile who, given the inability of her daughter Juana to carry it out continuously, was her father, Fernando II of Aragón (El Católico ) who assumed a regency until his death, in 1516.

That year Felipe I, Juana’s husband, died, all of which precipitated the declaration of his son Carlos as the legitimate heir, his arrival in Spain in 1517 and the beginning of a hostile movement towards him that he took, in 1519, with the request of money in the Cortes summoned for this purpose to crown himself emperor of the Holy Roman Empire as successor to his grandfather Maximilian.

“The substrate is that of a latent dynastic conflict since the death of Isabel la Católica, which erupts with the figure of Carlos V and which, with the passage of time, has nurtured a collective imagination until it became the banner of a community”, has argued Rodríguez, assigned to the Simancas Archive since 1986, the last seven years as director.

From a dynastic conflict, the communal uprising “became a rattle of social movements, very diverse, where economic and social issues surfaced” that have given rise to multiple analyzes, the director added while browsing and showing some essential documents for the knowledge of this moment in the history of Spain, which is now 500 years old.

“The problem with the interpretation of the Communities is that it has been involved in a mythical nebula that was created and fostered in the 19th century, when the liberal party made the conflict a banner and emblem of freedoms against tyranny,” he continued. She is a specialist in Medieval History.

The community members, and especially the three main captains (Juan de Padilla, Juan Bravo and Francisco Maldonado), are seen “as martyrs and heroes of freedom”, which has had “a direct influence on the documentation of the Archive of Simancas on the community movement “, he pointed out.

Due to “pressure from some academics”, during the 19th century the documents relating to the War of the Communities became part of the Royal Patronage Collection, created in the 16th century by Felipe II and his archivist Diego de Ayala with the files accrediting the rights of the king.

From that moment on, “it was the object of a systematic copy. It is a very clear case of abusive use of history,” said Julia Teresa Rodrigo, who reads written Spanish from the 16th century with its rubrics, arabesques and ink labyrinths. , like someone leafing through the daily newspaper while finishing a cup of coffee.

“We had to wait for the second half of the 19th century for the community movement to be the object of a more critical and rigorous study, with José Antonio Maravall and Joseph Pérez, who is the author of the most complete study,” by reconciling the positions of those who wrote it. they saw it as an anti-seignorial movement and others as urban in character.