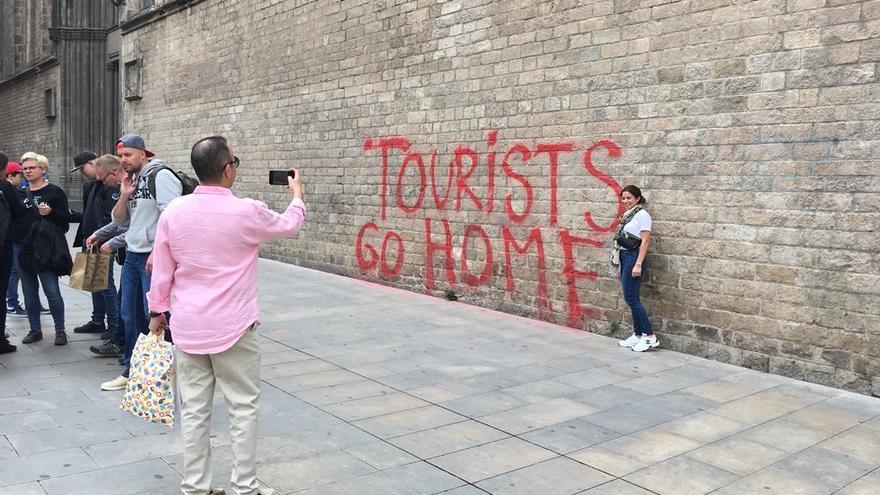 The Government plans to approve the final version of the preliminary draft of the Housing Law. A new regulation that seeks lower price pressure in certain areas, called stressed zones, where rental income makes access to housing practically impossible for a large part of the population.

This draft, however, does not mention tourist housing, considered one of the factors that has changed the rental offer, especially in city centers, over the last decade.

This type of tourist accommodation will not be included in the income control indices of those areas with price tension, which will lead to a part of the supply of rental housing tending to opt for this option simply to see it more attractive and profitable.

“If someone has private property and sees a certain oppression and control of how they have to rent an asset; they will either keep it closed or look for alternatives where they can do whatever they want,” says Tolo Gomila, president of the Spanish Federation of Housing and Apartment Associations Tourist (Fevitur). “Part of the inventory can go to the tourist rental,” he acknowledges.

The Madrid Aloja is of the same opinion, the association that represents the owners of tourist rental homes in Madrid. “It is likely that the housing bill will cause a transfer from traditional to tourist rental because it is a rule that little seduces property owners, especially those affected by price controls in stressed areas.”

Meanwhile, the traditional tourism sector assumes that the law does not include this rental segment but urges that it become part of the issues that are assessed during the parliamentary process. “What we want is that it be taken into account in the debate. One thing is that it is not included in the Law and another is that it is not in a debate that has already been opened,” says Oscar Perelli, Director of Studies and Research at Exceltur, the association in which the main Spanish hotel firms are present.

However, from Madrid Aloja the opinion is transferred that the hotel sector seeks that the new Housing Law legislate on properties for tourist use despite the fact that they are excluded from the Urban Leasing Law since 2013. “It is not only that the differences between a housing for tourist use and a traditional residential rental are evident; it is that the employer’s association is seeking to close down all tourist housing “, affirms this association.

As a backdrop to the debate on who and how tourist accommodation is regulated, as is the case with A large part of the measures included in the preliminary draft of the Housing Law, it is necessary to focus on the competences, which are distributed among the administrations.

It is the autonomous communities that legislate on tourist activity in their territories, while the municipalities have urban planning regulations.

At the state level, a priori, powers could be attributed to two ministries. However, the Department of Transport, Mobility and Urban Agenda affirms that the regulation of tourist apartments has not been in the approach of this Law because its powers do not fall on it. And, along the same lines, the Ministry of Industry, Commerce and Tourism indicates that it is not among the matters on which it has regulatory capacity.

However, the Government has legislated. The last measure of the Executive on tourist accommodation is from 2019, when it approved a Royal Decree-Law of Urgent Measures in the matter of Housing and Rent to modify the Law of Urban Leases and the Law of Horizontal Property, at the proposal of the Ministry that heads Reyes Maroto. This was intended, for example, to allow a majority of a community of owners (three fifths) to limit or condition the exercise of the tourist rental activity, such as increasing the common expenses of those homes.

The Ministry of Industry, Commerce and Tourism does not contemplate new regulations but it does propose the creation of a platform, at the national level, that provides updated data on how many tourist accommodations there are in Spain, something that is included in the Recovery, Transformation and Resilience Plan and that contemplates “the organization and coordination of the market of houses of tourist use”. This platform will entail a “massive data capture” throughout 2022, in a project budgeted at 300,000 euros.

At the state level, official data is published by the National Institute of Statistics (INE) which, at the end of February this year, counted 294,000 tourist homes. In August 2020, 321,000 were reached.

This decrease (on average 8.3%) is not homogeneous. “The number has fallen in practically all the communities with the exception of the Canary Islands, where the evolution in these six months has been stable. The decrease has been stronger in the Valencian Community (-13%), the Basque Country (-12.7% ) and Cantabria (-11.5%) “, lists Enrique Vendrell Santiveri, first vice president of the General Council of Associations of Property Administrators (Cgcafe).

A step back influenced by the pandemic and movement restrictions. “These trends are also evident in the most important capitals such as Madrid and Barcelona, ​​in which the national downward trend is reflected, however, it has been noticed less in Madrid than in Barcelona”, adds Vendrell Santiveri.

The regulation of tourist housing was one of the points of the Government agreement between PSOE and United We Can. This reflected that “the increase in rental prices and the limitation of supply for residential use is especially serious in some cities as a result of the tourist use of accommodation. To address this issue, regulatory reforms will be promoted that allow communities of owners to prohibit the exercise of the tourist rental activity or set certain conditions for its exercise “.

Two years later, in this regulatory puzzle about tourist housing, there are voices in one direction and another, calling for greater regulation by the State or the Autonomous Communities. The tourist rental platforms assume that regulation is in the hands of the latter but they ask that at the state level there be a clearer and more unified definition of what is considered tourist accommodation and not 17 different ones.

Meanwhile, Exceltur advocates that the central government regulate the platforms where these temporary homes are offered, so that only those that comply with the regulations of each territory are on them, as is the case in Amsterdam or Japan.

On the other hand, the vice president of the General Council of Associations of Property Administrators argues that the Housing Law is not the framework to regulate vacation rentals. “It is clear that the autonomous communities and municipalities have to develop their competences in the tourist, urban and administrative areas but, in our opinion, they have prevailed in some excessively restrictive, regulatory and sanctioning political regulations that condition the exercise of this activity”, points out.

Different powers, lack of data and clear effects in the urban environment that are evident for Alejandro Inurrieta, former advisor to the Ministry of Economy in the Government of José Luis Rodríguez Zapatero. “There is very little study on the impact of tourist housing on rent, but the effect it has on neighborhoods, noise and the disappearance of traditional commerce is clear,” says the former president of the Public Rental Society, who Furthermore, he perceives that, deep down, there is no real will of the Government to control this activity.