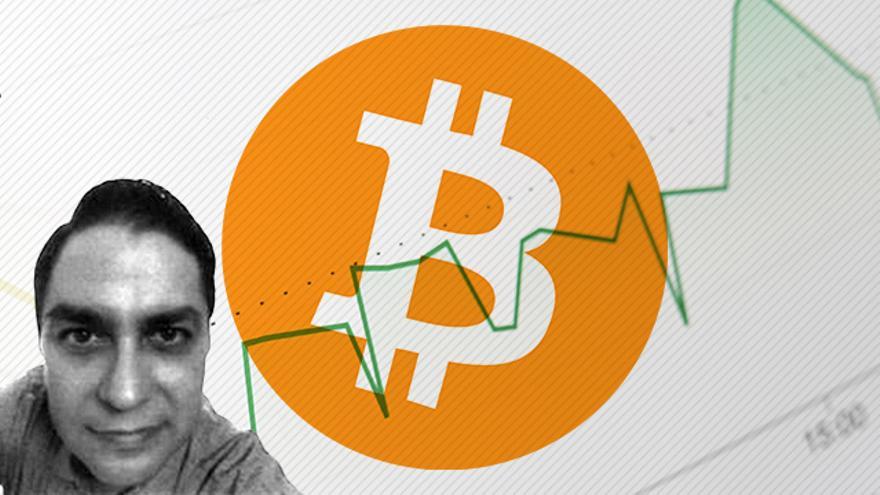 The "collapse" occurred on December 8, 2020. It is the date on which, according to the researchers, the "pyramid" that the broker Javier Biosca had built with the money of hundreds of cryptocurrency investors collapsed. After having lowered in the spring the exorbitant returns with which he had captivated them - from 20% to 10% per week despite the fact that the value of bitcoin grew - in September of last year he began to ignore requests to recover money that, supposedly, was guaranteed. Shortly after, in December, he fled Spain on a private plane and stopped responding to desperate messages from customers, demanding at least the initial deposit, which in some cases amounted to tens of thousands of euros.

It is the summary of the plummeting fall of the last cryptocurrency guru extracted from a UDEF report contributed to the National High Court investigating the case. The document, to which elDiario.es has had access, makes a first analysis of the complaints filed by 272 injured parties and estimates the "minimum" value defrauded at 3.6 million euros. It is, however, a provisional figure and a low one because it only incorporates the information of slightly more than half of those complainants who have already provided documentation with the amount invested. In fact, the complainants - grouped in various associations - raise this figure to almost 500 million euros while ensuring that the number of affected continues to grow and is already close to half a thousand. Some put in modest amounts, from a thousand euros; and others, very high, up to a million; with "profiles of all kinds".

The alleged fraudster, arrested in June in Malaga after the National Court issued a search and arrest warrant against him and who has been in provisional prison since then, was presented as a trader With more than five years of experience, he was able to ensure returns of up to 25% in exchange for being entrusted with an initial deposit that, supposedly, would always be guaranteed. Each week, in relation to the income obtained, it offered three options: recover everything, recover a part or reinvest, which gave investors confidence - by allowing them to redeem part of the money, especially in the first weeks of investment - and favored the entry of new alleged victims who came recommended by clients, friends or family.

"The usual thing is that clients recover what they invested in the first weeks. It was Biosca's way of gaining their trust with real amounts so that, in this way, they would bet on reinvesting. But more than 80% of clients have not recovered the capital invested, "says the lawyer Emilia Zaballos, who is presented as promoter of the complaint that gave rise to the procedure and president of the Association of People Affected by Investments in Cryptocurrencies. According to their data, initial deposits range from 10,000 to 200,000 euros, although many of these investors reinvested the alleged profits.

Biosca boasted that it could ensure these returns thanks to bots and "an algorithm" that was "capable of doing a multitude of operations per minute", although the UDEF suspects that it is actually a "fraud in its form of Ponzi scheme or pyramidal ". In fact, the researchers claim that the returns promised by the alleged scammer did not correspond to the appreciation of bitcoin and even raise the possibility that it had never traded in the digital currency market. His company Algorithmics Group also escaped scrutiny from the regulator. The National Securities Market Commission warned on December 14, 2020 that it was not authorized to provide investment services. But the damage was done.

In provisional prison since last June 8 in the prison of Alhaurín de la Torre (Malaga), it is expected that Judge Alejandro Abascal, current instructor of the case, will again take a statement from Biosca next Friday, September 17. The magistrate also has on the table the request of the Association of People Affected by Investments in Cryptocurrencies, coordinated by Zaballos and which exercises the popular and private accusation, that his partner, Paloma Gallardo, enters prison.

Last July, the magistrate took a statement from Gallardo and their son, Sergio Biosca, but only agreed to withdraw their passports and kept them free. However, the two are charged with the same crimes as the alleged ringleader - continued fraud, misappropriation and falsification of a public document - for their alleged role as captors of private investors who wanted to obtain high interests in the cryptocurrency market through Algorithmics Group.

According to the letter of the Association of People Affected by Investments in Cryptocurrencies, Gallardo acted as a kind of public relations organizing meals in expensive restaurants or crowded parties to attract customers. In those events, both exhibited a life of luxury and set an example of what could be achieved through investments in cryptocurrencies that they were responsible for buying and selling. In fact, always according to that document, Gallardo also carried out operations in the wallets [monederos electrónicos] from your own phone. Some complainants also place her in meetings in which, they claim, she spoke at all times in the plural regarding joint management with her husband.

During his last statement, when he only answered the questions of the judge and his lawyer, Biosca stated that he was willing to collaborate with the Justice and assured that if he was released he would be able to unblock bank accounts and wallets to return the capital to investors in "three or four weeks", according to sources familiar with the content of the statement. However, he acknowledged that he did not remember some of those passwords and insisted that he had to get out of jail to try to recover them.

The plaintiffs admit that their objective is to recover the money and they are willing to reach an out-of-court settlement "as long as they agree to return the total contribution of each client," says Sergio Jiménez, manager of Legalia, a firm that advises other alleged victims. "We are willing to process an extrajudicial agreement. In this case we would withdraw from the private prosecution although we can continue with the popular one, but we would have no problem in reducing the penalties," adds Zaballos.

If Biosca does not collaborate, recovering money that does not exist in physical form and that is stored in digital wallets will not be an easy task. "It is not as easy as when the money is in bank accounts, but it is not impossible either. There is the traceability that the experts do, who are seeing the movements from the account in which they enter the money and how it is moving", assures Zaballos .

The aforementioned UDEF report attributes to Biosca up to a dozen bank accounts abroad - seven in the Netherlands and another three in France, Germany and the United Kingdom - and could have used up to 61 electronic wallets. As properties in its name, however, there is only a Renault 5 registered in 1986 and no homes. Although he started the business when he lived in Toledo, Biosca and his family moved to Marbella, where in January 2020 they rented a mansion in the luxurious Urbanización Marbella Hill Club for which he paid 10,500 euros per month. In their report, the agents demand that the judge release various trades and rogatory commissions to entities and countries to try to determine what are the true assets of the man who allegedly swindled hundreds of people by offering impossible returns with digital currencies.