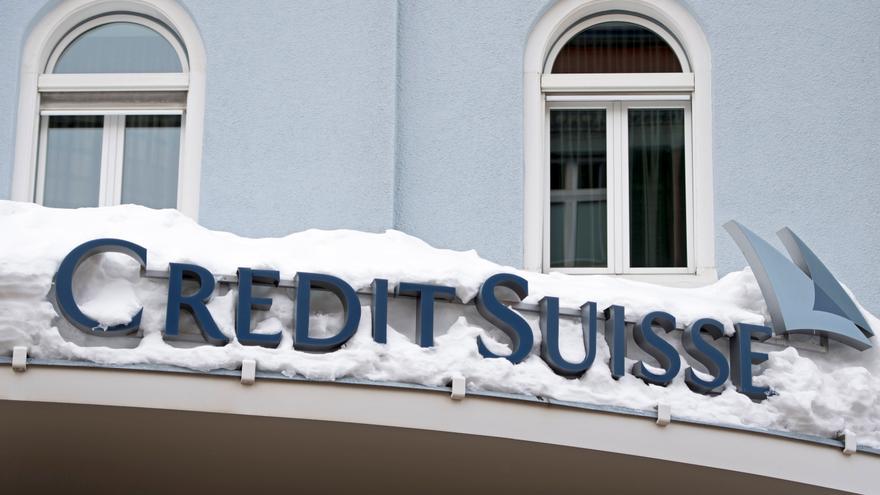 Earthquake at Credit Suisse. The Swiss entity has been affected by the collapse of a US hedge fund (hedge fund), Archegos Capital Management, which will cause a negative impact of 4,400 million Swiss francs (3,973 million euros) on the bank's accounts and the exit of two senior managers of the financial group. This will cause a loss of up to 812 million in the first quarter of the year and has caused a change in the dividend and share buyback policy of the Swiss entity.

The executives affected by this scandal have been Brian Chin, CEO of investment banking of the group, who will step down on April 30. Laura Warner, until now Credit Suisse's chief risk officer, will step down from her duties on the board this Tuesday. These two managers will leave the group. Thus, with effect from May 1, Christian Meissner has been appointed CEO of investment banking and member of the board of directors, while Joachim Oechslin has been appointed as interim risk manager and member of the bank's board. with immediate effects.

The liquidation of some 30,000 million dollars of the Archegos family hedge fund, managed by the Chinese investor Bill Hwang, accused in the past of fraud, has caused large losses to Credit Suisse, but also to other entities such as Nomura and, possibly, Deutsche Bank and Mitsubishi UFJ, and forced to re-weigh the risk of derivative financial products, which were already behind the Lehman Brothers crisis in 2008. The scandal over the liquidation of the Archegos fund continues to spread among investment banks in New York, Tokyo and Zurich, although it is Credit Suisse bank that may have to bear the biggest losses from Hwang's hedge fund operations.

For Credit Suisse, which had already anticipated in recent days that the losses could be "highly significant", this would be the second big mistake in its investment banking division after that of the financial company Greensill Bank, which this month declared bankruptcy. for accounting practices that have been compared with those of the electric company Enron.

In addition, following the events with the US hedge fund, the Credit Suisse board decided to reduce its proposed dividend per share to 0.10 Swiss francs. Credit Suisse has indicated that, despite the impact of the hedge fund's default, it is confident that its CET1 ratio, which serves as a benchmark for a bank's solvency, for the first quarter of 2021 will be at least 12%, while it expects that its CET1 leverage ratio is at least 3.7%.

On the other hand, following the completion of the share buybacks planned in the first quarter, the entity has decided to suspend the share buy-back program and has no intention of resuming its own share purchases before recovering its target capital ratios and restore the dividend.

"The significant loss related to the bankruptcy of a US-based hedge fund is unacceptable," said Thomas Gottstein, CEO of Credit Suisse, who acknowledged that this circumstance, together with the events related to the collapse of Greensill Capital They have caused "great concern" among all the interest groups of the entity.

In this regard, the Swiss bank has recognized that both the matter related to the hedge fund and those of the financial funds related to Greensill Capital require additional review and scrutiny, so the board of directors has initiated investigations into these issues.

Credit Suisse plans to publish its accounts for the first quarter of 2021 on April 22.

At the center of the controversy is the millionaire investor Bill Hwang, a Korean-American who made his fortune after the crisis of the "Asian tigers" of the 90s and became a successful investor until he was linked to a complaint by "insider trading "or insider trading when he was the manager of Tiger Asia, for which he paid a $ 44 million fine.

Hwang returned to Wall Street with Archegos Capital Management, his personal investment arm, which operated secretly thanks to derivative financial instruments that allowed him to take very large positions in listed companies without having to acquire the securities through the mediation of the investment banks concerned, which in return they collected large commissions.

As of last week, the fund accumulated $ 40 billion in assets, with a net capital of $ 10 billion, mostly in the name of Hwang and his family. According to some analysts, Archegos' positions could have exceeded $ 50 billion, most of which evaporated in a matter of days.

In the opinion of the millionaire and former Goldman Sachs partner Mike Novogratz, the fall of Archegos is something "never seen", because of the "silent, concentrated and rapid disappearance of capital", in addition to being "the greatest personal loss of wealth in history "for Hwang and his family.

Hwang's financial roller coaster began with the concentration of a very high volume of positions in a limited number of stocks, including ViacomCBS, Discovery or the Chinese GSX Techedu, Baidu or Vipshop Holdings.

With the onset of the falls in ViacomCBS and other positions at the beginning of last week, losses began to accumulate in Archegos, which used a type of "swap" derivative known as CFD, which with the mediation of a bank allows opening positions based on to a stock without having to buy it, with high leverage and high risk if the price does not rise.

CFDs or "Contract For Differences" are traded on the OTC or "over-the-counter" market between institutional investors in an opaque way. These actors make use of these contracts because they allow large profits without reserving capital, in addition to having certain tax advantages in the case of the United Kingdom.

According to Heritage Capital Chairman Paul Schatz, what has happened "is not a surprise", with markets artificially supported with the help of the Federal Reserve. In his opinion, these derivatives "should not exist in the current way, since they favor a Wall Street" of the Wild West.