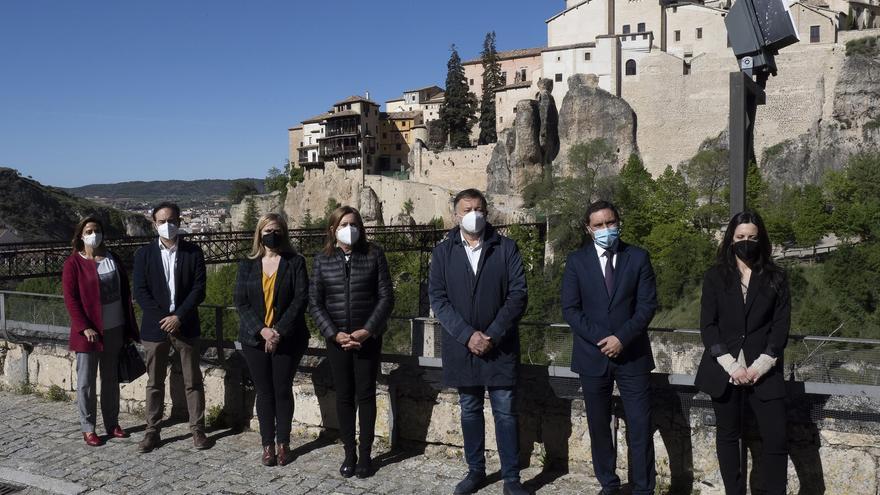 Toledo, May 13 (EFE) .- The mayor of Cuenca, Darío Dolz, has explained that the collapse of a part of Canónigos Street has not affected the Hanging Houses, the Cathedral or the Museum of Abstract Art, which follow open to the public.

In statements to Efe, the Cuenca City Council and the mayor of the city have encouraged tourists to visit the city, especially considering that this weekend is the first since the state of alarm has been lifted and the closure perimeter of the autonomous communities, for which the councilor has stressed that “the city maintains its offer for all visitors and awaits them with open arms.”

The mayor of Cuenca has also reported that, thanks to an agreement that the Cuenca Provincial Council maintains with the Geological and Mining Institute of Spain (IGME), the technicians have already advised the local administration and have viewed videos of the area of ​​the collapse to know the situation first hand.

The technicians and experts, who will visit the affected area to make a detailed study, have pointed out, according to Dolz, that the Hanging Houses and the Cathedral have not been affected by the event and that “the collapse is limited to the area where has occurred”.

“They speak of a collapse standardized by the material that made up the filling of the street, which are black lands of old orchards,” said the mayor of Cuenca.

For this reason, the Cuenca councilor has stressed that both the Cathedral and the Museum of Abstract Art, which is located in the Hanging Houses, are open to the public, as well as all the exhibition spaces in the city.

He also encouraged us to continue enjoying the views of the Hanging Houses, an iconic image of the World Heritage City, although he recalled that due to the collapse, the San Pablo Bridge was cut off.

“Cuenca still has a lot to offer. I encourage everyone to come, respecting all sanitary measures, but to come because we are waiting for you with open arms ”, the mayor concluded.

On the other hand, Dolz has reported that this Thursday the Executive Commission of the Consortium of the City of Cuenca, which met this Thursday with extraordinary and urgent character, has approved to declare the sanitation and stabilization works of Canónigos Street as an emergency, so that they can be undertaken as soon as possible and with the greatest agility.