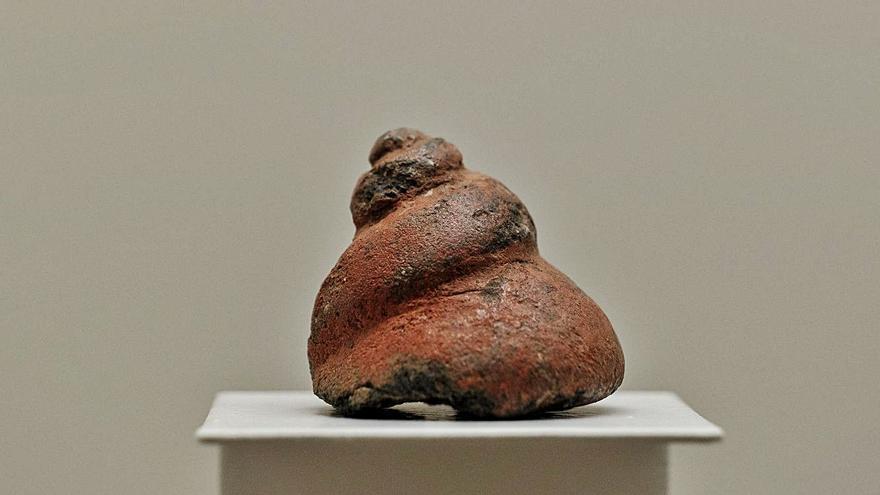 The cold pushed the natives to fishing

The first inhabitants of Gran Canaria hardly took advantage of the enormous food pantry offered by the ocean until shortly before the arrival of Europeans, faithful for a thousand years to their diet of Berber shepherds based on cereals, goats and sheep, but something hardened the life in the interior of the island and encouraged them to populate the coast: the Little Ice Age.

The chronicles about the Conquest relate in several passages the importance that the resources of the sea had for the aboriginal societies that the Castilians encountered upon their arrival in the Canary Islands, societies in which shellfish and fishing were activities on which a good part of the population depended. feeding.

And its exploitation was so systematic at that time, that several of the skulls that are conserved in the Canarian Museum present auditory exostosis, an abnormal growth of the ear bone that today is known as “surfer’s ear”, because it is typical of exposed people constantly to the humidity and cold of the sea.

However, it may be that the “photo” of how the ancient canaries were derived from the historical chronicles was little more than 150 years old and really began to form in the 13th century, according to a work by the National Center for Scientific Research. from France, in which archaeologists from the Canarian Museum, the University of Las Palmas de Gran Canaria and the specialized company Tibicena Archeology and Heritage collaborate.

The Journal of Archeological Science publishes this month the results of an investigation that investigates the diet of the ancient Canaries from the examination of human remains from six pre-Hispanic sites that span nine centuries, from the 6th to the 14th: four archaeological sites from the interior of Gran Canaria (Guayadeque, Acusa, Roque Camello and El Hormiguero) and two located on the coast (El Agujero-La Guancha and Lomo Maspalomas).

The authors of the work, whose first signatory is Christophe Lécuyer, from the University of Lyon, examine how the inhabitants of some oceanic islands were affected by the so-called Little Ice Age, the drastic change in the climate that significantly complicated conditions of life in Europe from the end of the Middle Ages to the mid-nineteenth century, with several icy periods.

The team approaches this question by making new carbon 14 dating of these six pre-Hispanic sites and examining the presence in the human remains from them of various isotopes of carbon, oxygen and nitrogen that allow us to infer what the diet of these people was and, even the average temperature of their living environment (deduced from the water they drank).

The first result already changes part of what was known about the ancient inhabitants of the island: the new carbon 14 data from the two reference deposits on the coast, El Agujero and Lomo Maspalomas, show that the occupation of the coastline by Aboriginal societies may have started in the 11th century, but it wasn’t really intense until 200 years later, around the 13th century.

Another revealing fact is that the oxygen isotopes associated with water intake suggest that at the end of the period examined (6th to 14th centuries) the average temperature of the air surrounding these people had dropped by an average of five degrees Celsius.

And the definitive information is provided by the carbon and nitrogen isotopes, which indicate that the contribution to the diet of these people of fish (old women and sardines were the most frequently consumed, according to the archaeological record) and shellfish (burgas and limpets, basically) it doubled at the beginning of the 14th century with respect to what was usual in previous times: it went from representing just 5% to 11%.

“In this transition from the 13th to the 14th century, temperatures drop in the Canary Islands, there are greater droughts … And all this coincides with an exponential increase in marine resources,” explains one of the authors, Verónica Alberto, from the Tibicena company.

The signatories of this article conclude that this entire range of data converges in an explanation, which is also consistent with climate models: the Little Ice Age also disrupted living conditions in the Canary Islands, made day-to-day life in the areas more difficult. high places where the first settlers initially settled and contributed to push them towards the coast, changing their diet.

Alberto points out that probably more factors than that change in the climate had an influence, but he emphasizes: “Let’s think about what two years of drought or bad harvests due to the temperatures mean today and let’s transfer that to those moments. Such a climate change would break the stability and progress of these communities ”

And with the diet he changed much more. “These transformations also have their projection in how these communities are organized and have their influence on the ideological world,” says the curator of the Museo Canario, Teresa Delgado, another of the authors of the work.

Delgado underlines that cultural or artistic elements associated almost in an essential way with the image that we have today of the ancient Canaries, such as decorated burgas or burgass made of clay, appear in archaeological contexts from the end of the aboriginal period. “That is, there are changes in their economy, in their way of relating and also in their ideology.”

In the image above, Teresa Delgado and Verónica Alberto, pose next to the mummies and skulls of ancient Canaries that are kept in El Museo Canario. They are two of the authors of the study on the diet of the first settlers of the Island, which has yielded the data that they began to take advantage of the riches of the sea when a period of intense cold forced them to go down to the coast. On the left, a burgao shell, also from the Museum. |