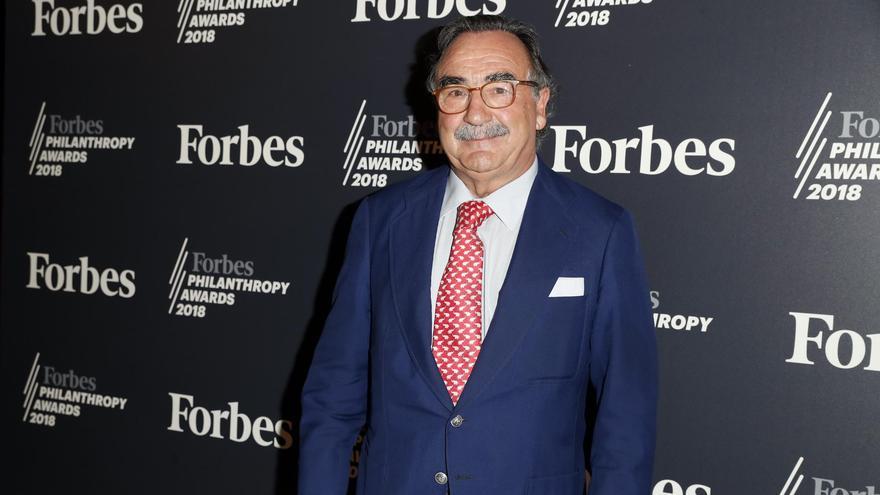 The National Securities Market Commission (CNMV) has decided to suspend this Thursday, before the opening of the Stock Market, the listing of the Prisa group, “due to circumstances that could disturb the normal development of operations” on the group’s securities, after transcending Wednesday night that Asturian businessman Blas Herrero, owner of Kiss FM, prepares an offer together with several investors through the group’s media, including El País and Cadena Ser.

Herrero would be leading a group of Spanish investors to launch an offer for Prisa’s media business, as announced by Expansión last night. The offer would be around 150 million euros, according to sources familiar with the operation, and would be advised by Société Générale. With the Stock Exchange already open after 9 in the morning, Prisa had not yet notified the existence of the offer in the mandatory communication to the CNMV.

Herrero’s proposal comes after the recent sale of Santillana, the financial lung of the group, after the refinancing of its large debt and after the pacification of the group’s shareholders after a power war between top shareholders. Banco Santander won the battle in the last meeting to keep its man of confidence at the head of Prisa, the former president of Indra, Javier Monzón, as non-executive president of the main Spanish communication group.

Herrero’s offer, according to industry sources, would be backed by Ana Botín, the president of Banco Santander. Although the largest financial institution in Spain only has a direct 4% stake in Prisa, Botín has used its ability to influence to control a loss-making company (Prisa lost 182 million euros in 2019 and 209 in the first nine months of 2020) , but that it is one of the main means of communication in Spain when the economic recovery after the pandemic is being designed.

In fact, company sources assured elDiario.es that the appointment of Javier Moreno as the new director of El País replacing Soledad Gallego-Díaz, he responded to a maneuver by Botín to ensure a certain editorial line. Then, the main shareholder of the company, the Armenian Joseph Oughourlian, who through the Amber Capital fund controls 29.8% of Prisa, learned of Moreno’s appointment when it had already been approved.

The media and education company is in a race to reduce suffocating debt. For this reason, Prisa recently agreed to sell to the Finnish company Samona Corporation the business of the Santillana publishing house in Spain for 465 million, an amount that will be fully paid in cash at the closing date of the operation, after discounting the net debt to June 30, estimated at about 53 million.

The sale of part of the jewel in the crown of Prisa was going to be aimed at the amortization of 400 million of debt (with which the total net debt will be cut by more than 30%, which at the end of March 2020 amounted to 1,067 million), but the company already warned that the operation would establish the framework for a future effective separation of the Education and Media businesses.

Just when this separation occurs, Blas Herrero appears with an offer for the media business that, according to some sources, would have Botín as a shadow warper. The extraordinary general meeting of shareholders to approve the sale of the Spanish business from Santillana to Sanoma, has been called electronically for next December 18.

The last known movements of the Asturian businessman had gone through another sector. Blacksmith was studying its possible entry into the shareholding of the Asturian engineering firm Duro Felguera, immersed in a serious crisis. The owner of Kiss FM admitted to elDiario.es his interest in the company and considered the eventual state bailout of the group to be good news, whose board of directors agreed on Tuesday to request to benefit from the measures of the fund for strategic companies of the Sociedad Estatal de Participaciones Industrial (SEPI).