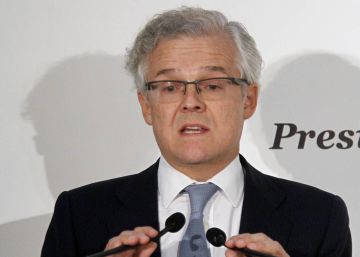 The CNMV takes the lead in attacking the coronavirus and uses one of the aces up its sleeve that the EU allows. On Friday, March 13, you will not be able to bet against 69 companies, all of which sank more than 10% on Thursday, March 12 or which have limited liquidity and have fallen more than 20%. All Ibex securities, except Grifols, MásMóvil and Viscofan, are under protection.

Thus, short positions will be practically vetoed on the Spanish Stock Market, whether they are direct –selling the shares after borrowing them– or through any other instrument that causes a similar effect, such as contracts for differences (CFD), warrants, the swaps or futures. The objective: to curb the psychosis of the investors that the opportune funds do not aggravate the problem.

“The agreement has been taken taking into account the evolution of the stock markets in the context of the situation created by the Covid-19 virus, which have registered extraordinary falls in the prices of European shares (-14.06% in the Ibex 35 on Thursday, its biggest drop in history) with numerous values ​​exceeding the percentages of variation that are collected in European regulations [10%]”the CNMV notes in a note. The Ibex has sunk 37% in three weeks – since the close on February 19 – in an unprecedented downward spiral.

“The risk that disorderly price movements may occur in the European stock market, including the Spanish one, has also been taken into account,” explains the CNMV. The decision, exclusive to the Spanish supervisor and following requests from business and political spheres, according to sources familiar with the agreement, has been communicated to ESMA, the European coordinator of the securities commissions.

In Spain open short sales have always been prohibited, those in which the stock is sold without having borrowed it before. On Friday, March 13, 2020, those allowed by current regulations will not be authorized either. Only those made by market makers to give liquidity will escape the ban.

The powers of the supervisor

The last time the CNMV used this power was on June 12, 2017, but on a single value, Liberbank. Then, the bank that Manuel Menéndez pilots as CEO was being besieged by an army of bearish attacks after the Popular resolution. As on that occasion, and as required, the body chaired by Sebastián Albella has obtained the green light from the EU.

The CNMV invokes the European regulation on short sales for March 2012, which clarifies that you can take this measure when short positions pose a potential threat to financial stability or market confidence. “These measures could be necessary due to a whole series of events or circumstances of a financial or economic nature, but also, for example, in cases of natural disasters or terrorist acts,” the regulation explains.

In Spain, short positions against the financial sector were vetoed between August 2011 and February 2012; the ban was recovered five months later for all securities and ended on January 31, 2013. The crisis set off alarms in Europe and the possibility of invalidating bearish operations was regulated, although the Brussels regulation specifies that only in circumstances Exceptional steps must be taken.