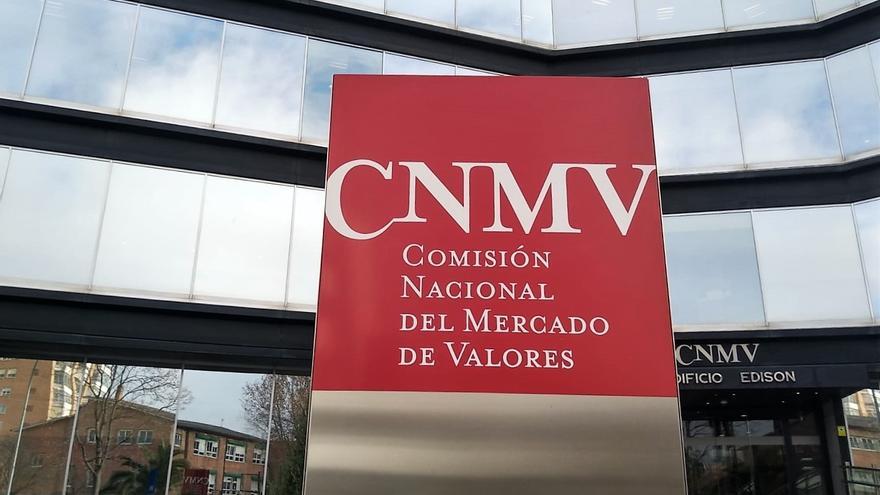 The National Securities Market Commission (CNMV) has increased warnings about unregistered investment entities, the so-called financial chiringuitos, by more than 30% so far in 2020. The increase largely coincides with the coronavirus pandemic and comes after the 2019 record, when the number of warnings from the stock market regulator about these types of entities grew exponentially, increasing by 413% compared to 2018.

At the current rate, the 2019 figure is going to be widely exceeded this year. According to CNMV records, from January 1 to this week the entity had issued 258 warnings about unregistered entities, 12 of them, this same Monday. It is 30.3% more than the 198 in the same period of 2019. 168 warnings have been produced since March 14, when the state of alarm began.

The term “financial chiringuito” informally defines those entities that offer and provide investment services without being authorized to do so. As the CNMV explains on its website, “they are dangerous because in most cases the apparent provision of such services is only a cover for appropriating the capital of their victims, making them believe that they are making a highly profitable investment.”

“It is important to be clear that the high returns they offer are often too good to be true: they are only the bait with which they get less informed or more confident investors to hand over their savings. When they cannot justify the losses, they simply disappear or They change their name. That is, they are not entities more or less solvent or with greater or lesser skills in financial management. They are simply scammers, “adds the regulator, which has a decalogue on its website with tips to avoid this type of chiringuitos.

According to agency sources, “perhaps it is still early to be able to draw conclusions about whether the situation created by Covid-19 has led to more irregular activity by entities that are not authorized to offer investment services.”

But it can be inferred “that the contact of investors with beach bars on the internet has intensified since face-to-face activity has been limited.” “It is evident that citizens can be connected to the internet for longer and that this is the main access route from the beach bars to their possible victims (a trend that we have already been observing in recent months) for which we have intensified the information and prevention efforts ”, they indicate from the agency.

According to the CNMV, with the pandemic “there has not been a change in modus operandi of entities for this reason, but we have detected cases that try to take advantage of the context with the excuse of informing investors about the consequences of the spread of the virus on the evolution of financial markets, offering services to identify and manage potential risks , as well as to take advantage of possible opportunities. In that sense, they would not be very different from the services offered on other occasions, such as, to take a recent example, the fall in the price of oil. ”

Regarding the products, “there is a very notable increase in those based on cryptocurrencies and, in general, entities that offer all kinds of crypto assets (such as token issues). An increase in entities called clones that try to attract customers using the same name as other fully legal entities taking advantage of its reputation. ”

“Numerous cases of banners have also been detected on web pages corresponding to the media – sometimes widely disseminated -, through which other web pages are accessed that use the figure of a prominent person in the world as a decoy. of finance or television.These latter web pages are characterized by offering high returns – again, without reporting the inherent risks -, containing only one form to obtain data from the potential investor and not identifying at any time the entity that offers the investment services “.

The CNMV recalls that “in recent years there has been a clear evolution in the ways and ways of operating the beach bars, especially with a considerable increase in entities that offer products through new channels, basically the internet and social networks”, This is why the supervision of these by the agency has increased and has led to an increase in warnings.

In 2019, the CNMV issued 323 warnings of this type, more than any other European regulator and ahead of the United Kingdom, a traditional niche for this type of chiringuitos. The entity attributes the increase in its latest annual report to two factors: “The general intensification of supervision, detection and warning work by European supervisory bodies and the use by the CNMV of new avenues of investigation to detect these practices. ”

In his last appearance in the Congress of Deputies, the president of the CNMV, Sebastián Albella, assured that “the key for us to be among the first in Europe” is to have “paid special attention to the information on the Internet “. “We have put a team of people to watch what happens on the Internet in this underworld and it has given a magnificent result,” said Albella.

It is a specific team in the CNMV Investor Directorate that is in charge of tracking the Internet, social networks and other media with various tools. The CNMV also highlights the collaboration agreements signed with the Police and Civil Guard, “which have already led to the dismantling of various unregistered entities that were trying to defraud investors.”

The body publishes the warnings about these entities on its website. In addition, investors can go to the investor service number 900 535 015 to check if an entity is registered.