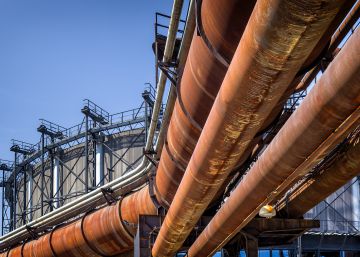 The full council of the CNMC agreed last week to launch public hearings circulars with the methodologies elaborated by the technical services of the organism on the calculation of the rates of financial profitability of the regulated assets of the energy sector as of 2020. Specifically, of the networks of distribution and transport of electricity and natural gas and regasification, respectively.

The main companies affected (the five large electric companies together with REE, Naturgy and Enagás) were waiting yesterday to receive legal texts that the council of the body has approved for public consultation and assume, as is already known, a generalized cut of said rates.

According to sources familiar with the proposal, the cut is especially severe in the case of the compensation of natural gas networks, which would suffer a drop of between 30% and 40%. Regulated assets of gas enjoy yields, explicit and implicit, of up to 10%. This will be progressively reduced until 2026 until approximately 7%.

The problem, criticize gas companies, is that the bulk of the cut will occur, according to the proposal, in the second year of the period (2021) and ask for a "fairer" gradual decrease. Business sources say that in this battle they have the support of the Ministry for the Ecological Transition, that, although it does not have the power to set the methodology, it must prepare a report within the framework of the public consultation.

Until the 2013 energy reform, the networks, both gas and electricity, were reimbursed as part of a stock exchange, but not individually. In this reform, the electricity lines became individually remunerated, with which they stopped charging for assets already amortized that were part of said stock exchange. In the case of gas, the base of retributable assets dates back to the year 2000 and with the new methodology, already equal to that of light, many amortized tubes stop paying.

On the other hand, the electricity lines, once the calculation method proposed by the CNMC was applied, would experience a decrease of the current 6.5% to 5.58%. The proportionally greater is the cutback of the transport of electricity, which exploits REE, since it has a series of assets already amortized that would also stop charging.

Business sources said yesterday that the negative impact on the stock market of the proposal will be inevitable, especially for gas companies. These have regretted before the CNMC the effect that the proposed rule will have on the Stock Exchange.

However, the cuts derived from the new methodologies were already known, as in its day (in 2017 and 2018) the Commission elaborated the corresponding mandatory reports for the former Ministry of Energy, which had to compulsorily review the profitability of the networks before 2020, according to the PP Government's own energy reform of 2013.

Some people think that the cut in the compensation of the networks prepared by CNMC is "a torpedo in the waterline" of the PSOE launched by the president of the CNMC, José Marín, with the connivance of the director of Energy, Fernando Hernández, appointed in his day by the PP and that they leave the organism in autumn.

According to the same sources, a strong cut to gas (the light is lower and is discounted by the market) will have serious financial consequences for companies. However, these exegetes do not seem to take into account that a fall in compensation will result in a drop in the fixed part of the gas bill or tolls, which would also have political benefits for the PSOE.