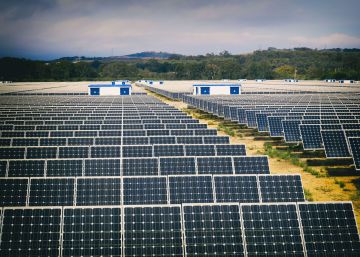 The National Commission of Markets and Competition (CNMC) proposes to reduce the electric transport and distribution tolls between 6.8% for the domestic consumer and 13.4% for the industrial in the regulatory period from 2020 to 2025 , according to the draft circular published this afternoon on the methodology for the calculation of transport tolls and electricity distribution. The tolls represent around a third of the electricity bill, so the impact it will have on the consumer bill will be around 3% to 4%, according to sources from the regulatory body.

The remuneration of electricity companies for transport and distribution activities together amounts to 7,000 million each year. Tolls are the contribution that consumers have to pay to cover these costs. The CNMC as an independent body has been responsible for deciding the distribution of these costs among consumers based on RD-L 1/2019.

The proposal, which refers to the price to be paid for electricity to circulate and reach homes, argues that the cost of networks between consumers is based on the energy and power consumed; It proposes an extension of the time discrimination and program that the energy is cheaper in the valley hours to facilitate the implementation of the electric vehicle.

This proposal, which is completed with another one on the reference unit values ​​for electricity transport companies to calculate the remuneration, adds to the market regulation measures that have to come into force next year. The proposals go to public consultation for a period of allegations that ends on September 16 and adds to the previous ones referring to access to networks and compensation.

The price of tolls is fixed on the electricity bill and is currently around 32% of what households and businesses pay, except for those with large consumption that have an interruptibility contract. The proposal is that this load drops from 32% to 25%. The toll fee is intended to pay the costs of access to the network, that is, it is a regulated part that must be paid regardless of the consumption made.

The CNMC circulars are made under the third final disposition of RDL 1/2019 which states: “the CNMC will approve before January 1, 2020 (…) the normative circulars with the methodologies for the calculation of fees and tolls for access to the networks, as well as the remuneration related to the regulated activities of the electricity and gas sectors ”.

The impact on the electricity bill rises to 6% in the case of the industrial consumer is 6%. Meanwhile, in the gas bill the expected reduction is 10% in households and 20% in industries.

The circulars have become an element of disagreement with the companies, which have raised their protests especially for the cut of 7% (5.58% as of 2021) that arises in the remuneration for the distribution of electricity. This cut rises to 17.8% in the case of gas distributors. The circulars that establish the methodology for calculating the remuneration of transport and distribution of electrical energy and regasification also include that the transport of electricity and gas, carried out by the companies Red Eléctrica de España and Enagás, will have a cut of 8.2% and 21.8%, respectively.