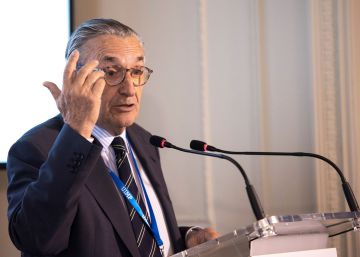 The National Commission of Markets and Competition (CNMC) proposes to reduce tolls for transport and distribution of gas by 26% for domestic consumers and 6.7% for industrialists for the 2020-2025 regulatory period, as reflected in the draft circular published on Wednesday on the methodology for the calculation of transport tolls, local networks and natural gas regasification. This new proposal (the last of the 14 circulars that must be published) now enters the allegation phase until September 30, and would mean a 13% reduction in the household bill, since tolls represent about half of the final price of the invoice. This reduction, however, cannot take effect until the 1,300 million debt of the gas system is covered.

Tolls are the contribution they pay consumers in their receipt to cover the costs incurred by companies for the activities of regasification, transport and distribution of gas, and the CNMC is the body that must determine the distribution of these costs among consumers. In the case of gas, these activities are regulated, because they are not provided in a competitive regime given their status as a natural monopoly. Therefore, the CNMC argues that the reduction of tolls will have benefits for consumers and will contribute to promoting the competitiveness of the industry.

The main novelty of this new methodology proposed by the CNMC is that it establishes differentiated tolls for each of the services provided by the different facilities. The objective is to maximize the use of infrastructures, preserving the sufficiency of income to recover the remuneration recognized for each of the activities. The organism chaired by José María Marín Quemada had already launched its proposal to cut gas companies, 17.8% for distribution and 21.8% for transport, which Enagás is in charge of. This reduction caused both the Naturgy distributor and the carrier Enagás will announce that they will resort to the courts when considering that it goes against the interests of the country and business.

According to the CNMC proposal, the tolls of the local networks will be determined according to the level of consumption and there will be up to 11 different. That is, it is about consumers of the same characteristics facing the same tolls without cross subsidies between them.

The reduction also affects combined cycle facilities, so that the reduction of tolls can be transferred to the generation of electricity and lower the price of electricity. Tolls are maintained in the short term, without penalizing the formation of prices in the wholesale market, facilitating the electrification of the economy. Finally, it is proposed to reduce the tolls of the use of regasification plants, which allows increasing their use.