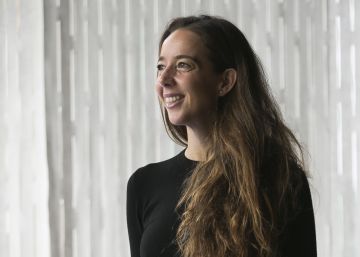 The CNMC has sanctioned Holaluz-Clidom with 30,000 euros for not obtaining the consent of a consumer in the performance of a contract. This is an infraction included in the Electric Sector Law, which regulates the requirements of hiring and empowerment with customers. The amount is limited to 30,000 euros for the first time, but it can rise exponentially if the company recidivizes.

The consumer was a customer of another marketer, and when claiming that he had stopped receiving the invoices of his usual company, he learned that his supply point was being marketed by Holaluz-Clidom and denounced it to the Department of Economy, Industry and Employment of the Government of Aragon, which moved the complaint to the CNMC.

The trading company Holaluz-Clidom made an electricity supply contract with another consumer, which included the complainant’s supply point. When the error was noticed, the marketer asked the distributor unilaterally for a modification of the subrogation contract, without having the consent of the affected consumer. The claimant has been supplied for a year by a marketer that was not the one he had chosen and they have demanded payment of the consumptions made.

The CNMC considers that Holaluz-Clidom has failed to comply with the established contracting requirements, and that they are substantiated on the one hand, in the right of the consumer to choose supplier and to formalize a supply contract; and on the other, in the obligation of the marketer to formalize a supply contract according to the regulations in force. Consequently, Holaluz-Clidom is responsible for an infraction typified in article 66.4 of the Electric Sector Law, and this conduct results in a fine of 30,000 euros for the company.

The resolution of the CNMC ends the administrative process and Holaluz-Clidom may file an administrative appeal before the National Court, within two months from the day following its notification.

During 2019, the CNMC has fined three marketers, Endesa Energía, EDP Energía, and Flip Energía, for breaching the contracting requirements with customers. The sum of the sanctions imposed amounts to 220,000 euros. In addition, it has imposed sanctions for the breach of its obligations in relation to the formalization of supply contracts with Endesa Energía (170,000 euros) and Iberdrola Clientes (40,000 euros).

Likewise, he sanctioned Naturgy Iberia for failing to comply with consumer protection measures in the gas sector with 1.2 million euros, and for the same reason in the electricity sector sanctioned Endesa Energía (150,000 euros) and Energía XXI Reference Marketer (150,000 euros).

Holaluz was already sanctioned by the Ministry for Ecological Transition for not having paid the distributors that supply the electric power that they do charge their users.

Unemployment in Germany falls by 108,000 people in September, the first time since the start of the pandemic