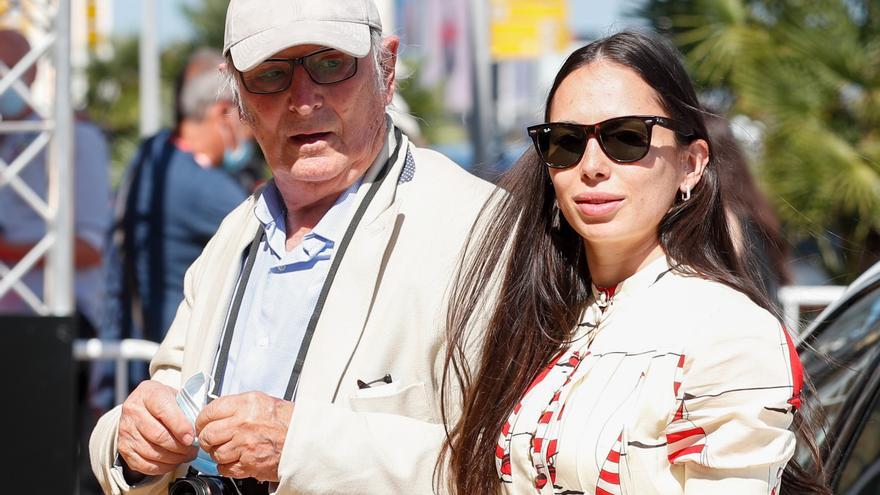 San Sebastián, Sep 17 (EFE) .- Carlos Saura has dedicated part of his work to addressing the drama of the Civil War and now he has done so again with the short film “Rosa Rosae”. He believes that the Spanish war “has not been adequately treated in the cinema, or very little,” he assured in San Sebastián.

The Aragonese director has taken both the title and the song of José Antonio Labordeta to accompany this work that is screened this Friday after the inaugural gala of the Donostia competition, before the first film in competition, “Un Segundo”, by Chinese Zhang Yimou.

Saura, who will turn 90 next January, has arrived in San Sebastián with his daughter Anna, producer of this small six-minute piece that his father dedicates to the children of war, as he and Labordeta himself were, towards the one who feels “a very great identification”.

Before the gaze of a child, black and white drawings and photographs follow one another in this short, which he prints and manipulates to create this story that seeks to reflect the horror of living a war.

“What always scares me is that this could one day be reproduced in Spain, due to the conflicts that exist between the parties and the violence that exists orally,” says the filmmaker in a meeting with a small group of journalists.

It is a fear that you have expressed before. “It is inevitable, the memories of the war affect my life, it is impossible to forget them.”

Saura is working on a project on the origins of art with the paleontologist Juan Luis Arsuaga and the painter and photographer Pedro Saura. “I see that man has not stopped fighting with each other. Violence in human beings is innate,” he says.

What he does not believe is that Spain is a “more Cainite” country than others. “That was said by Unamuno, I do not believe in those great words, especially biblical, they scare me very much.”

“But it is true – he adds – that there is a germ there, in the ideological confrontation, and instead of solving the problems as a civilized person would do, dialoguing and reaching cordial understandings, because it does not arrive, it reaches an almost aggressive aggressiveness. animalsca, “he laments.

He has refused to comment, because he gets “very nervous”, the controversy that arose after the affirmation of the deputy of Vox Mireia Borràs that Federico García Lorca, if he lived, would vote for this party because the poet “loved Spain”.

“I’m working on Lorca now and you will tell me. He was a humanist, a generous, charismatic guy. He is like a kind of paradigm of what the Civil War was,” he added.

Saura does not like to watch his films, he does so because they force him, among others his daughter Anna, who is now his “agent”. But he does watch other people’s work, two movies a day, even the ones that don’t seem good to him.

“I see everything I can. What I learn is what I don’t want to do,” he jokes, although he affirms that he does not suffer with bad cinema, that what makes him suffer is the publicity when he interrupts the broadcast of a film.

He thinks that this is “the moment of the platforms” and that what they want are “practical and edible products”. The televisions have said “no” to a project on Felipe II and another to make a continuation of his film “Elisa, vida mía”.

In San Sebastián he will be received as a great of Spanish cinema. “Sometimes they tell me that I am a genius. I know that I am a lucky person because I have made almost 50 films and almost all of them are what I wanted to do,” he stressed.